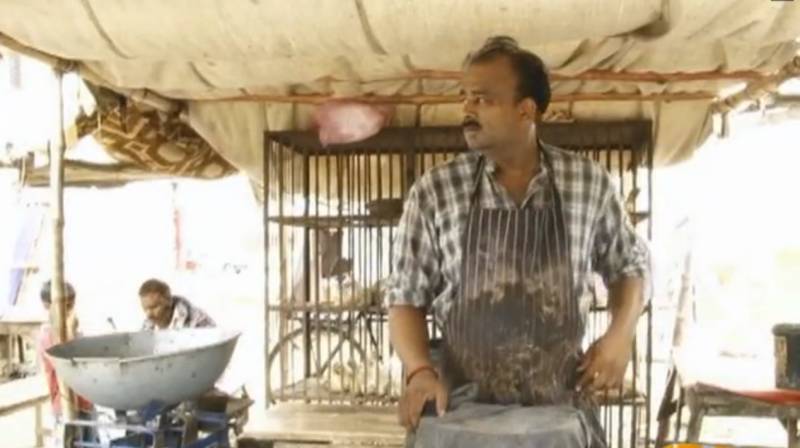 LAHORE (Web Desk) - Although the revolutionary poet Habib Jalib earned much respect among literary and political circles for his unmatched resistance against the corrupt elite and him amazing poetry, after his death his family lives in abject poverty.

Habib Jalib faced economic turmoil in his life owing to his views against martial law, authoritarianism and corporatocracy and his son Yasir Jalib is still braving the grim challenges of life.

Yasir is reportedly working at a chicken shop in Lahore and he manages to earn a scant income to make both ends meet. Habib Jalib's eldest daughter, Tahira, runs a small driving school. The wife of revolutionary poet, Mumtaz Begum died after a protracted illness in 2014.

The Jalib Family with their limited resources still feels proud of the fact that they had not robbed this country of its resources or evaded tax. They refuse any aid from the government.

Read More: This orphan slum girl from Chakwal overcame all odds to obtain 1,004 marks in SSC exam and now she wants to become a doctor

Their only demand is inclusion of Jalib's poetry in educational curriculum. They also urge the government to name a single road, library or hospital in Punjab in the honour of Habib Jalib.

Cheif Minister Punjab in his speeches never forgets the celebrated poet but actions speak louder than the words and much is needed to address the grievances of Jalib's family.