Tourism and its role in boosting Pakistan's economy 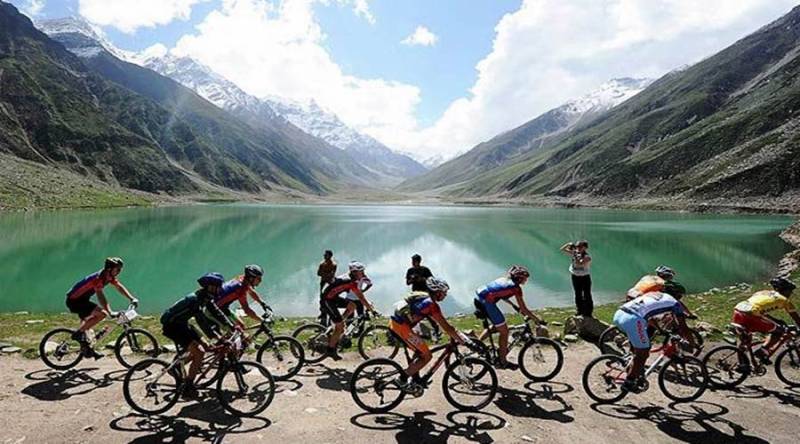 Tourism has become an important sector that has an impact on the development of the country's economy. The main benefits of tourism are income creation and generation of jobs. For many regions and countries, it is the most important source of welfare.

The ability of the national economy to benefit from tourism depends on the availability of investment to develop the necessary infrastructure and on its ability to supply the needs of tourists. It is one of the most rapidly growing industries in the world, which accounts for 10 percent of the global GDP.

"Out of the total tourists' arrivals in the world estimated at 694 million per year but Pakistan receives only 0.5 million tourists annually, a very low figure."

Out of global tourism income of $ 514 billion, the share of South Asia is $5.4 billion including Pakistan’s share of only $ 135 million i.e. 0.03 per cent of global and 2.5 per cent of South Asian share. Out of the total tourists' arrivals in the world estimated at 694 million per year but Pakistan receives only 0.5 million tourists annually, a very low figure. Even among South Asian countries, the tourist arrival in Pakistan is very low.

A group of young men and women who were sick of being synonymous with negative connotations took it upon themselves to ...

Tourism comprises several service activities including transportation, communication, hospitality, catering, entertainment and advertising. It is on the quality of these services that the effectiveness of tourism promotion efforts depends.

"The reality in Pakistan is not as bad as the perception of it."

Pakistan has tremendous potential for tourism by virtue of its long rich history, cultural diversity, geo-strategic position and captivating landscapes. The tourism products offered by the country can be categorized into four types:

PESHAWAR - Almost one million people are participating in an initiative to promote tourism in Khyber Pakhtunkhwa under ...

Pakistan does not have a good international image. Rather there are many places where the country’s image is one of intolerance, extremism, insecurity, superstitions, and diseases. Image building is a matter of both perception and reality.

The reality in Pakistan is not as bad as the perception of it. Therefore, besides improving the tourism environment, there is a great need to erase the negative perception about the country. This is primarily the responsibility of Pakistan’s missions abroad. We need to arrange tourism promotion activities to rediscover the image of Pakistan.