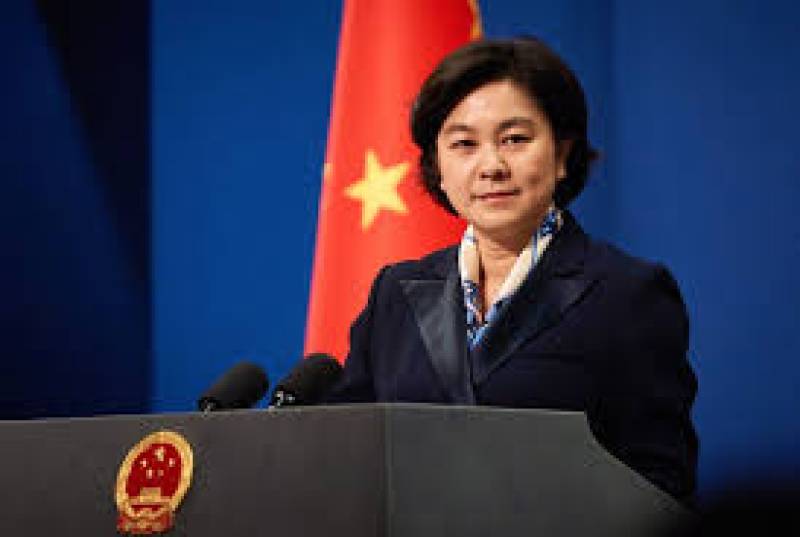 BEIJING - China reacted strongly to the recent move by India regarding the repealing of constitutional clauses as well as the bifurcation of the Kashmir region, equating it with undermining its territorial sovereignty.

Chinese Foreign Ministry spokeswomen Hua Chunying said in a statement Tuesday that Beijing has always opposed India’s inclusion of Chinese territory in the western section of the China-India border.

"The recent unilateral revision of domestic laws by the Indian side continues to undermine China's territorial sovereignty, which is unacceptable and will not have any effect," Hua was quoted by Bloomberg news as saying.

When asked about the troops deployment by Modi regime in the restive valley and escalation of tension, the official in a reply said China was concerned about the situation.

Hua called on both sides to refrain from taking actions that will unilaterally change the status quo and escalate tensions.

"We call on both India and Pakistan to peacefully resolve the relevant disputes through dialogue and consultation and safeguard peace and stability in the region," she said.

Beijing's response came a day after India repealed article 370 and article 35A of the constitution - the clauses which gave special status to the valley.

Modi-led BJP regime in India has proposed bifurcation of state of Jammu and Kashmir, defying the status of the disputed territory.