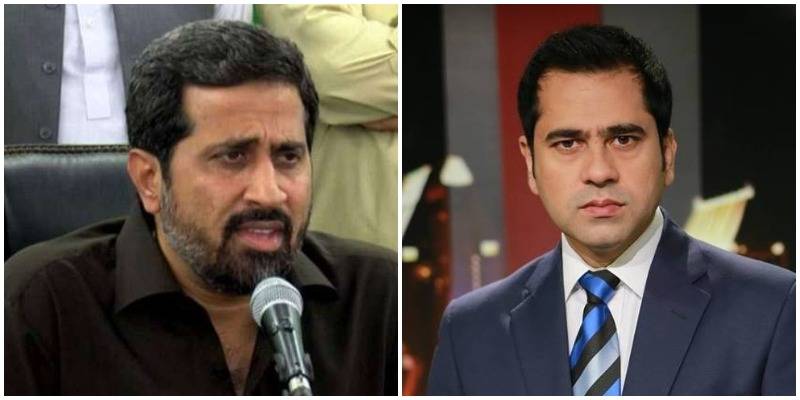 LAHORE – Punjab Information Minister Fayyaz ul Hassan Chohan has taken a dig at anchorperson Imran Khan after he went on an allegation spree against Punjab Chief Minister Usman Buzdar in his YouTube videos.

The provincial minister said that he has been compelled to clarify the allegations leveled by the media person to defame Buzdar.

“I have no close links with Khan but like him for his responsible way of performing his duties,” he said.

Chohan revealed that he had contacted the anchorperson on July 25 and conveyed his reservations over hurling allegations at the chief minister.

“In respond, Imran Khan had promised to not upload any offensive video on his social media channel unless holding a meeting with me,” he said, adding that but the anchorperson did not kept his promise and uploaded two more videos.

The anchor addressed the chief minister in very inappropriate way and did not practice ethics in the videos, Chohan said. He added that Imran Khan has not right to call someone in an offensive way until the accused is declared criminal by the court.

He said that the anchor has no right to hold the chief minister accountable and become judge and jury by himself as this will lead to induce unethical practice in the society.

The anchor should contact courts, NAB and investigation institutions if he has proofs to substantiate his allegations.

The information minister said that the anchor blamed that Usman Buzdar set all the proves of his corruption on fire when he was City Nazim, while the fact is otherwise as the district council has denied such happening during his services, Chohan clarified.

Responding to allegations of corruption in development projects launched in tribal areas, he said that such projects are based on strict check and balance system and all the details of such projects are available on TADP website.

Moving towards the next allegation leveled against the Punjab Chief Minister, Fayyaz ul Hassan said that the anchor Imran Khan claimed that the chief minister sent his brother, Jaffar Buzdar to Dera Ghazi  Khan to inaugurate Solid Waste Management Company, but the pictures taken on the event revealed that the government’s Advisor Haneef Patani along with MPA Doctor Shaheena Najeeb Khosa inaugurated the company.

The provincial information minister clarified another allegation regarding Punjab CM’s brother Umar Buzdar’s promotion in Border Military Police and said that no promotion was made in the past 21 years and Umar Buzdar holds the same grade he had the time of joining.

He said that he has answered and clarified all the allegation leveled against the Punjab Chief Minister Usman Buzdar, adding that such practices to malign someone on social media for ratings will turn the country into ‘banana state’.