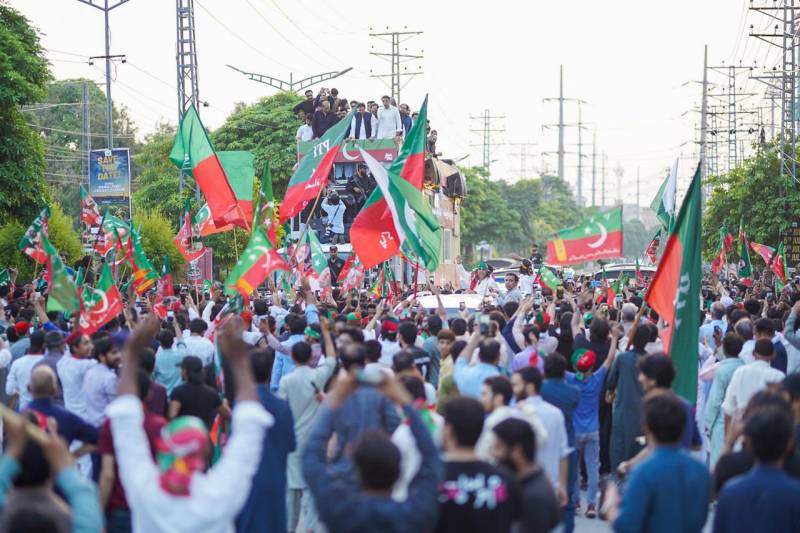 Reports in local media said the decision was taken during PTI’s meeting which was chaired by party chairman Imran Khan. PTI chief and other party leaders are scheduled to address the public gathering.

PTI leaders earlier discussed the current political situation in a recent meeting ahead of by-elections as Imran Khan decided to run himself alone for the by-elections for all the nine seats that fell vacant after the National Assembly speaker had accepted the resignations of his party’s lawmakers.

The defiant politician announced the decision after the top electoral watchdog announced the by-polls in the constituencies on September 25.

In the last general election, the PTI chief made history after he emerged victorious on five seats of the National Assembly and defeated political bigwigs including former PM and senior PML-N leader Shahid Khaqan Abbasi.

ISLAMABAD – Lawmakers of PTI barged through barbed wires and barricades and registered their protest outside the ...