China fears escalation of tensions over US Jerusalem move 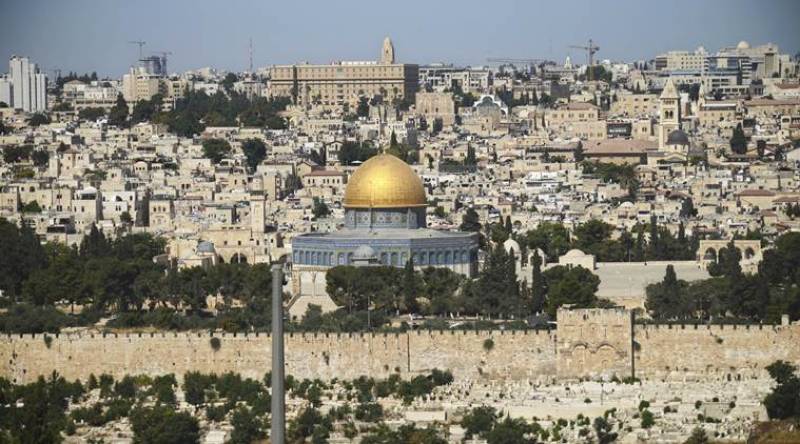 BEIJING - China on Wednesday expressed fears that US President Donald Trump's decision to recognise Jerusalem as the capital of Israel could spark more tensions in the region.

China's foreign ministry spokesperson Geng Shauang during routine press briefing said, "We are concerned about the possible escalation of tensions".

"All relevant parties should bear regional peace and tranquility in mind, be cautious in words and deeds, avoid impacting the foundation for the settlement of the issue of Palestine, and avoid causing new confrontation in the region."

The China's statement follows a senior Trump administration official's claim that the president would make the important announcement today (Wednesday) and would formally recognize Jerusalem as the capital of Israel.

Earlier, Turkey, Jordan and the Kingdom of Saudi Arabia had expressed their grave and deep concerns over US plans to recognise Jerusalem as Israel's capital.

Turkish President Tayyip Erdogan while addressing to a parliamentary meeting of his ruling AK Party in Ankara on Tuesday, said that Turkey could break off diplomatic ties with Israel if the United States formally recognises Jerusalem as the Israeli capital. “I am saddened by the reports that the US is getting ready to recognise Jerusalem as Israel’s capital,” Erdogan said.

"Mr Trump! Jerusalem is a red line for Muslims. It is a violation of international law to take a decision supporting Israel while Palestinian society’s wounds are still bleeding,” he told a parliamentary meeting of his ruling AK Party. 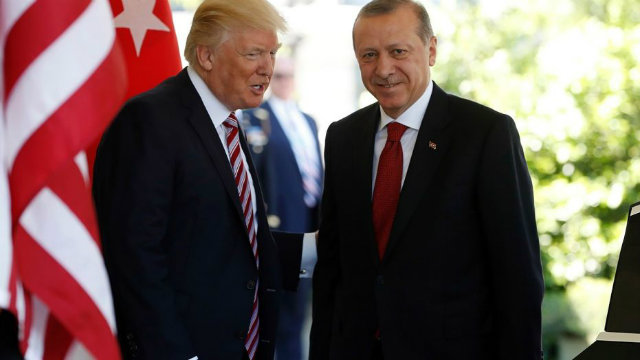 Turkey and Israel restored diplomatic relations last year, six years after Turkey severed ties in protest at the killing of nine pro-Palestinian Turkish activists in clashes with Israeli commandos on board a ship trying to break Israel's naval blockade of Gaza.

"There will always be those who criticise, but at the end of the day it is better to have a united Jerusalem than Erdogan's sympathy."

Meanwhile, Donald Trump called world leaders on Tuesday amid a growing chorus of warnings against taking the step.

Reports say the president will dramatically shift the US position on the status of Jerusalem this week.

Israel occupied the sector, previously occupied by Jordan, in the 1967 Middle East war and regards the entire city as its indivisible capital.

The Palestinians claim East Jerusalem as the capital of a future state, and according to 1993 Israel-Palestinian peace accords, its final status is meant to be discussed in the latter stages of peace talks.

If Washington recognises Jerusalem as Israel's capital, it would be the first country to do so since the foundation of the state in 1948.

The city is home to key religious sites sacred to Judaism, Islam and Christianity, especially in East Jerusalem. 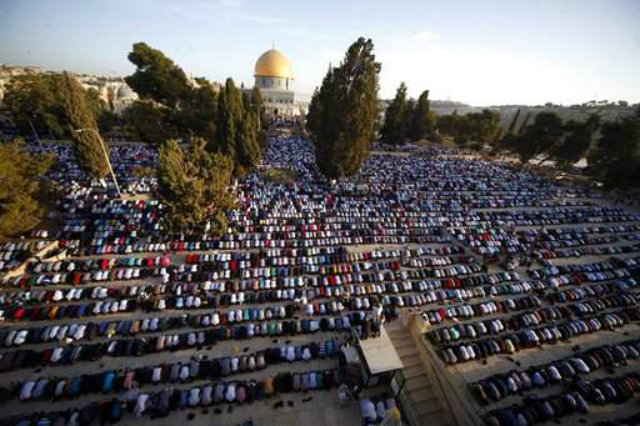 Israeli sovereignty over Jerusalem has never been recognised internationally, and all countries, including Israel's closest ally the US, maintain their embassies in Tel Aviv.

Since 1967, Israel has built a dozen settlements, home to about 200,000 Jews, in East Jerusalem. These are considered illegal under international law, though Israel disputes this.

French President Emmanuel Macron told Donald Trump he is "concerned" the US leader could unilaterally recognise Jerusalem as Israel's capital, saying any decision on its status must be "within the framework of negotiations between Israelis and Palestinians".

The European Union, part of the so-called Middle East Quartet of mediators which includes the US, the UN and Russia, warned of "serious repercussions on public opinion in large parts of the world".

Arab League chief Ahmed Aboul Gheit warned it would be "a dangerous measure that would have repercussions".

JERUSALEM - The Arab League has warned Israel about crossing “a red line” in the ongoing ...

Saudi Arabia said such a move before a final settlement in the Israeli-Palestinian conflict would "have a detrimental impact on the peace process", state news agency SPA reported on Tuesday.

"The recognition will have very serious implications and will be provocative to all Muslims' feelings," SPA said quoting an unnamed official source at the Saudi Foreign Ministry.

"The United States administration should take into account the negative implications of such a move and the Kingdom's hope not to take such a decision as this will affect the US ability to continue its attempt of reaching a just solution for the Palestinian cause," the statement added.

Palestinian President Mahmoud Abbas has urged world leaders to intervene, saying "such a US decision would destroy the peace process".

Jordan, custodian of Islamic sites in Jerusalem, has warned of "grave consequences".