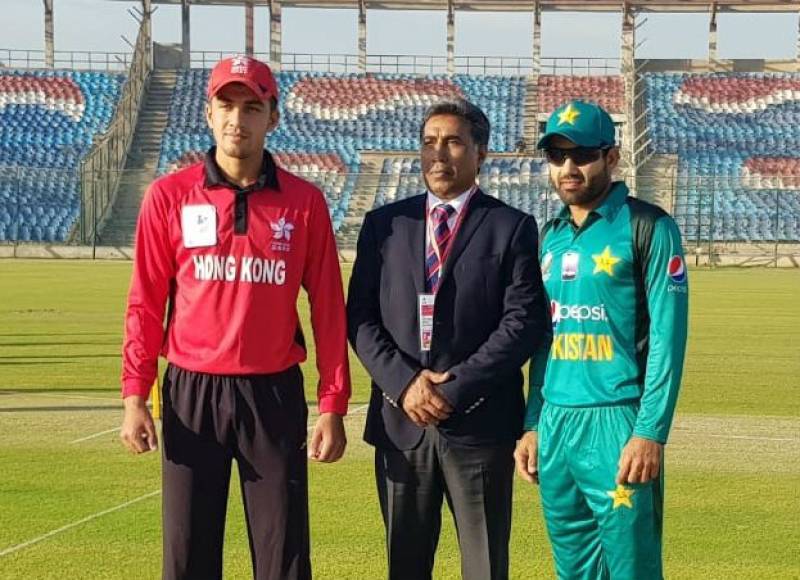 KARACHI - Pakistan kicked off its ACC Emerging Teams Asia Cup campaign with a flying start in the opening match at Karachi’s National Stadium on Thursday.

Hong Kong won the toss and elected to bowl first against Pakistan in the match, which started at 09:30 am (PKT).

We're at the halfway stage and @TheRealPCB U23's are currently 130/0. Farhan has brought up his fifty as well. Been a good bowling partnership by Ehsan and Ghazanfer, but the openers have stood firm. #PAKvHK #Cricket #ETAC @ACCMedia1

A total of eight teams including Sri Lanka, Afghanistan, India, Oman, Pakistan, Bangladesh, Hong Kong and United Arab Emirates (UAE) are participating in the Emerging Teams Asia Cup 2018 scheduled to be held from December 6 to December 15 in Karachi and Colombo.

Group ‘A’ of the tournament consists of Sri Lanka, India, Afghanistan and Oman; while the Group ‘B’ consists of Pakistan, Bangladesh, UAE and Hong Kong .

The final of the tournament will be played in Colombo, Sri Lanka on December 15.