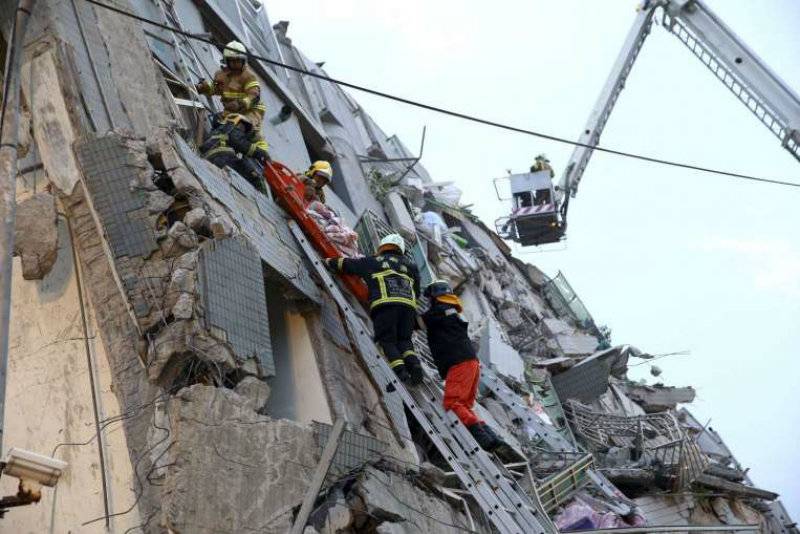 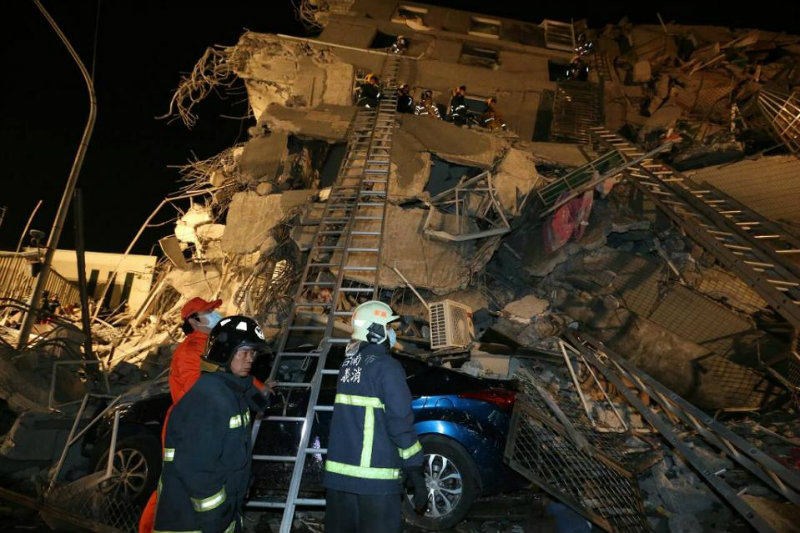 One of the buildings that fell was residential and was 16 stories tall.

An entire residential complex of four buildings containing almost 100 homes toppled to the ground, lying on its side with twisted metal girders exposed and clouds of dust rising from the jumbled concrete.

A 10-day old baby girl and a 40-year-old man were pulled dead from the building, National Fire Agency officials said, with reports that around 30 more were still trapped inside.

A third woman died after being hit by a falling water tank with no details immediately available of the other two deaths, the fire agency said. 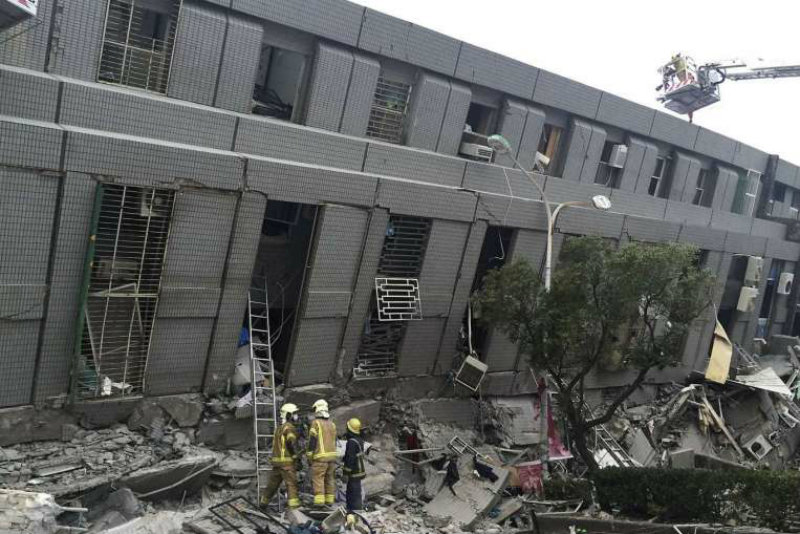 About 400 troops have been mobilised to help the rescue effort.