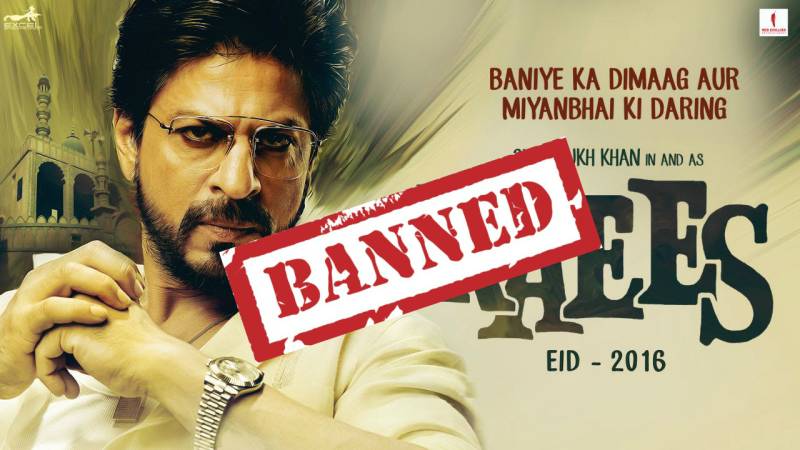 KARACHI – The release of the Indian movie Raees, which was scheduled to hit Pakistani cinemas on Sunday, has been banned for its inappropriate portrayal of Muslims.

Just three days ago, sources close to the censor board had disclosed to Daily Pakistan that the movie, starring Shah Rukh Khan and Pakistani heartthrob Mahira Khan, was most likely to be banned for its "inappropriate portrayal of Muslims."

"The representatives of security agencies in censor board were also part of the decision to ban the film," sources revealed to Daily Pakistan.

As per reports, the Pakistani censor board reviewed the movie for three days to decide whether it should be released in Pakistan. Now, the content of the movie has been declared unsuitable for releasing in Pakistani cinemas.

The members of censor board committee while banning the movie remarked that Raees did not depict the real face of Islam.

The movie which also became the centre of controversy in India after relations deteriorated between the two countries in late 2016, has reportedly run into trouble with the Pakistani censor board for depicting Shah Rukh Khan as a Muslim gangster involved in crimes and immoral activities.

Mahira Khan celebrates 1 year of her movie Raees, on Twitter