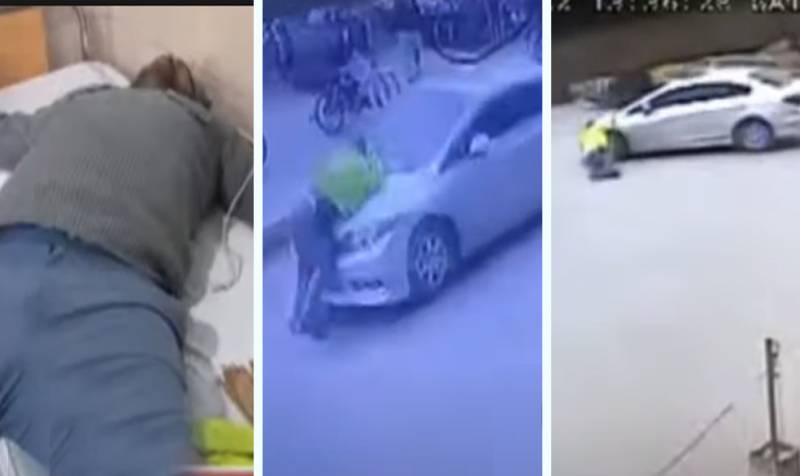 LAHORE – In a disturbing event in the provincial capital, a ‘fanatic’ car driver critically injured a traffic cop who was checking ‘unauthorised’ registration plates near Nisbet Road.

Reports in local media said the incident occurred on Saturday when a driver of a saloon car injured Lahore traffic personnel after being stopped over illegal registration plates.

The scary video incident was captured by surveillance cameras. CCTV footage showed the driver did not apply brakes when the cop, identified as Fayyaz, signaled him to stop.

Man, who tried to dodge the penalty then, hit the officer who was standing in the center of the road and then took a U-turn and managed to flee from the spot.

Meanwhile, Fayyaz was admitted to Mayo Hospital with critical injuries. Chief Traffic Officer Muntazir Mehdi has ordered the arrest of the car driver. Cops have launched a probe following the incident, while further investigations are underway.

A similar incident happened in the city last year when a motorist dragged a traffic warden on the bonnet of his vehicle after being stopped overuse of tinted glasses.