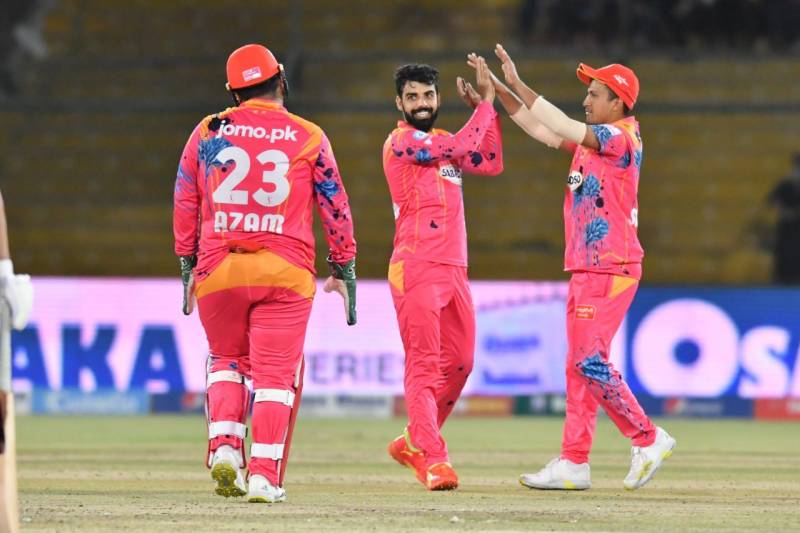 Chasing the 178-run target set by Islamabad United, Karachi Kings could score only 135 runs at the loss of 9 wickets in 20 overs. Mohammad Nabi made 47 runs off 28 balls, Sahibzada Farhan 25 off 18 balls and Lewis Gregory 15 off 16 balls.

In the first inning, Islamabad United scored 177 runs at the loss of six wickets in 20 overs. Their batsmen Paul Stirling made 39 runs off 30 balls, Shadab Khan 34 off 19 balls and Colin Munro 33 off 33 balls.

In Sunday's match, Karachi Kings skipper Babar Azam set a new record by taking three stellar catches. Now the skipper has become the only non-wicketkeeping fielder to take 35 catches in the ongoing season of the PSL so far.

The situation is going from bad to worse for Karachi Kings in this season as the Babar-led squad has lost all four matches played in the tournament so far and is languishing at the bottom of the points table.

Kings have not found their footing in the national T20 league and are in dire straits. Skipper Babar was seen as a lone performer for the squad, but that couldn’t prevent his team from losing for the fourth consecutive match.

Today, they will be desperately looking to pull off their first win against United. On Friday, Kings lost a close game against Zalmi by just nine runs. Sharjeel Khan and other players are expected to give a strong opening stand with a decent strike rate.

Joe Clarke is injured, while replacement Ian Cockbain, batted really well and Mohammad Nabi failed to play any decent innings in PSL 7. Karachi Kings also lack depth in bowling as Mohammad Amir and Mohammad Ilyas have been ruled out for the remaining games due to injuries.

Kings have another test today: to make a comeback, that too by facing the Red Hot Squad @IsbUnited. Is it going to be their day? #HBLPSL7 l #LevelHai l #KKvIU pic.twitter.com/ZwlQYKvffo

On the other side, Islamabad United lost a close game against Qalandars and they also will be a bit under pressure. United defeated Zalmi by nine wickets in their first fixture before losing to Multan.

United won two games and is stronger both in batting and bowling. Azam Khan along with Paul Stirling, Alex Hales, Munro, and Shadab Khan performed well for ‘Sherus’.

KARACHI – Lahore Qalandars on Saturday defeated Islamabad United by eight runs in match number 12 of the ...