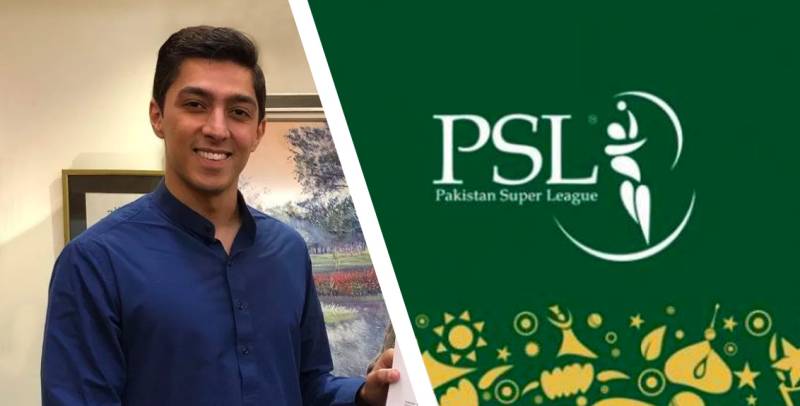 In a video message on Twitter, the young Tareen said he has decided to retain the previous name of Multan Sultans after getting feedback from fans in South Punjab.

He informed that the citizens suggested different names including Multan Bahadar, Multan Malang and many others. But a good number of citizens recommended Multan Sultan and so Tareen honoured the majority's proposal.

On Dec 20, the Ali Tareen-led Multan consortium won the franchise rights for the sixth team of the cricket league.

According to a tweet by PSL, the Pakistan Cricket Board (PCB) had set the reserve price at $5.21 million per year for a period of seven years. "This reserve price has been exceeded by the bid winners."

Breaking: The Multan Consortium led by Ali Tareen has won the franchise rights for the sixth team, by exceeding the reserve price.#HBLPSL pic.twitter.com/2ilyngfJBI

The spot for the sixth team was up for grabs after Multan Sultans were disqualified after appearing in just one edition of the league held early this year.

On November 10, the PCB terminated the agreement which gave franchise rights of Multan Sultans PSL team to the Schon Group due to their inability to meet the financial obligations under the PSL agreement.

Following this, PCB invited interested bidders for the sale of the team. Though a good response was received from different bidders, only two could qualify for the decisive stage, a Pak­istan Cricket Board official had said earlier.

LAHORE – Ali Khan Tareen, who is the son of one of the country's wealthiest politicians, has won the bid for sixth ...

The 2019 edition of the PSL tournament will kick off with an opening ceremony and match in Dubai on February 14.