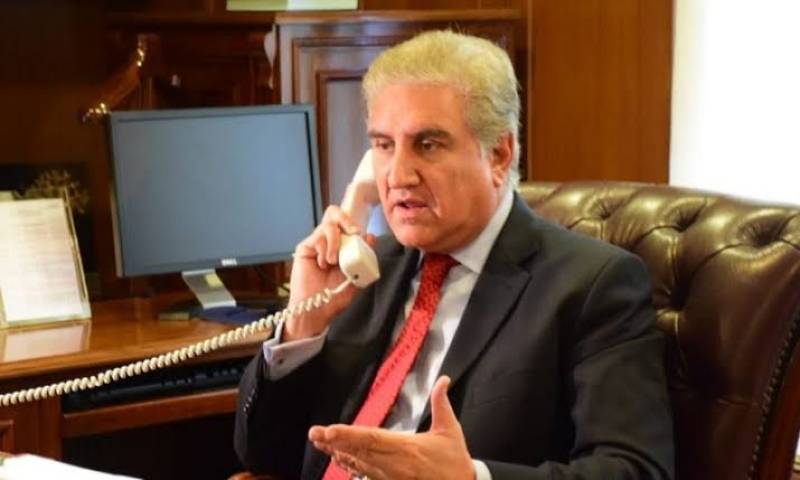 ISLAMABAD - Foreign Minister Shah Mahmood Qureshi has reaffirmed that Pakistan would neither let its soil to be used against any other state nor become part of any regional conflict.

He expressed these views during telephonic conversations with his counterparts from Saudi Arabia, Iran, UAE and Turkey.

The Foreign Minister exchanged views with his counterparts on the unfolding situation in the region.

Highlighting Pakistan's deep concern over the recent developments, he underscored the need for avoidance of conflict, the exercise of maximum restraint, and de-escalation of tensions.

The Foreign Minister renewed the call on all parties concerned to abide by the UN Charter and principles of international law to settle differences through peaceful means.

Sharing Pakistan's perspective, he expressed the hope that the progress made in the Afghan peace process would be preserved and further advanced, the Radio Pakistan reported.