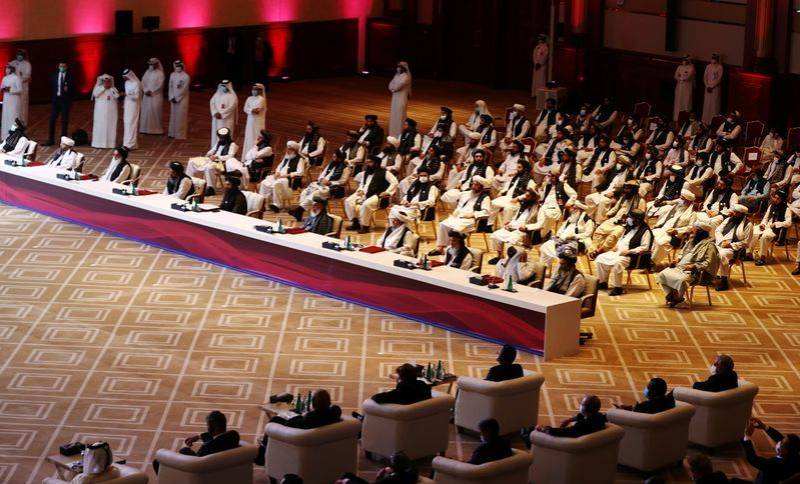 DOHA - Talks between the Taliban and Kabul government to bring peace to Afghanistan have resumed in the Qatari capital, both sides said on Wednesday.

"The second round of intra-Afghan talks started this evening during a preparatory meeting," spokesman for the Taliban's Doha office Mohammad Naeem tweeted on Wednesday.

"In the meeting, it was decided that the teams appointed by the two sides to discuss the agenda topics would begin their work next Saturday to discuss the issues on the agenda." The Afghan government talks team tweeted a nearly identical statement shortly after the insurgents.

In early December, negotiators from both sides decided to take a break after months of often frustrating meetings that were bogged down by disputes on the basic framework of discussions and religious interpretations.

Afghan government negotiators will push for a permanent ceasefire and to protect existing governance arrangements in place since the ouster of the Taliban in 2001 by a US-led invasion following the September 11 terror attacks that year.

The talks between the Afghan government and the Taliban have been marred by an increase in violence from the start, but the conflict-hit country has seen a recent spate of high-profile targeted killings of officials, activists and journalists.

Under the landmark deal signed between the Taliban and Washington in February 2020, the US pledged to pull out all foreign forces from Afghanistan by May 2021.

US special envoy for Afghanistan Zalmay Khalilzad has called for an increased pace to talks as Washington pushes for more progress in the negotiations as the curtain falls on President Donald Trump's presidency.