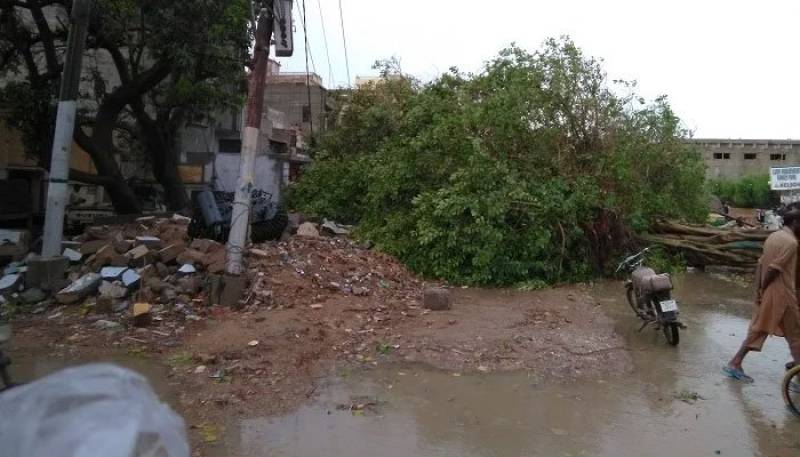 KARACHI – At least five people were killed in different incidents occurred in parts of Karachi due to torrential rains on Monday.

Besides claiming lives, the spell of the monsoon also caused troubles for commuters due to pools of rain and sewage water on roads.

Two people died as the roof of a house collapsed in Ibrahim Hyderi, while a minor girl died when a wall fell down in Malir's Shamsi Society.

A woman was electrocuted to death in Liaquatabad, while a child died of electrocution in Mominabad, Orangi Town, local media reported.

In another incident, several people were injured after a pole-mounted transformer fell in Ibrahim Hyderi.

A minor boy and a person injured in wall collapse and tree uprooted incident.