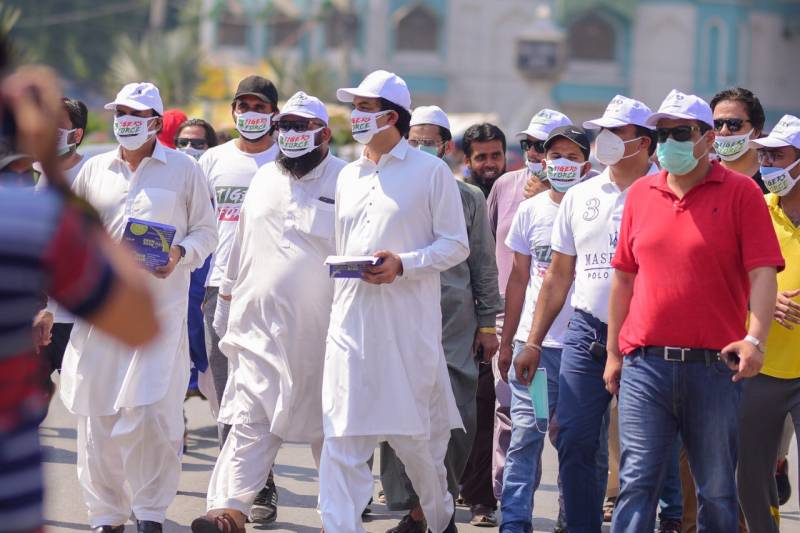 SIALKOT – Special Assistant to Prime Minister on Youth Affairs Usman Dar has said that the ‘Corona Relief Tiger Force mobile app’ has been launched which reflects the vision of the Prime Minister Imran Khan.

During the launching ceremony of the ‘Corona Relief Tiger Force mobile Application’ on Monday, Dar said that this mobile application would bring a digital revolution in the country.

SAPM Usman Dar said that this mobile application had been specially designed to monitor the activities of the ‘Corona Relief Tiger Force’ besides ensuring the early solution to the problems.

He said that through this application, people could easily uploaded their complaints.

SAPM Usman Dar said that the officials of the concerned departments and price magistrates would ensure the best possible solution to the public problems besides updating the status of the complaints.

experiences in the field.

He said out of these, as many as 56840 members of the force were performing duties to give anti coronavirus awareness among the people.

DC Gujranwala Sohail Ashraf said that the Tiger Force would also plant 29,000 saplings across the district and take care of them.