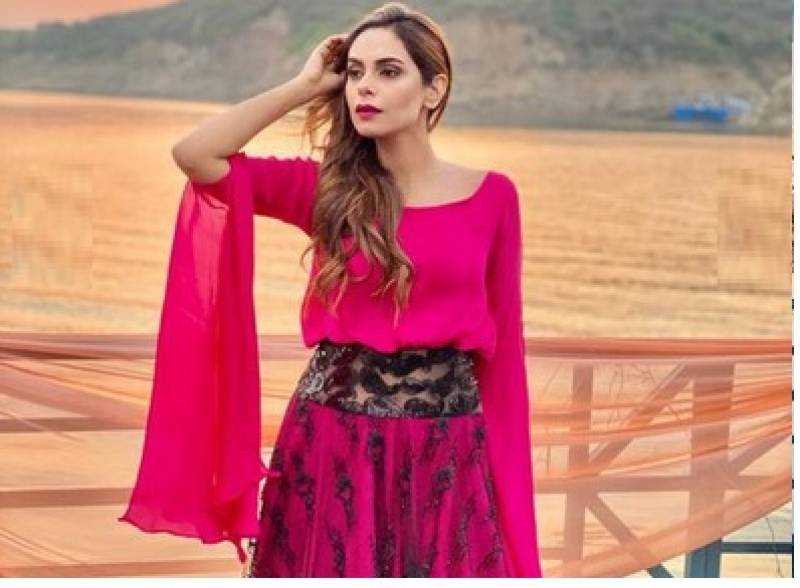 LAHORE – Amar Khan has slowly carved a niche for herself in the entertainment industry due to her beautiful looks and great acting skills.

Being one of the most stylish celebrities, the Bela Pur Ki Dayan actor's style statement is always on point and fashion enthusiasts are looking forward to what the diva has in store.

As the monsoon spell has entered the South Asian country, celebrities are sharing their videos and photos to update their fans how they are celebrating the rains after scorching heat.

Taking to Instagram, Amar Khan also shared a video in which she is enjoying the rain in Lahore while wearing traditional dress of Shalwar Qameez. She can also be seen shaking a leg to Bollywood number “Tip Tip Barsa Pani”.

The daughter of veteran actor Fareeha Jabeen has bagged numerous roles portraying diversity and complex characters. She debuted in acting with a 2017 short film, Chashm-e-Num.

On the work front, Amar Khan starred in the popular film, Dum Mastam, released on Eid-ul-Fitr, opposite Imran Ashraf. The project scored 5.6 on IMDb Ratings.

Lollywood diva Amar Khan has been charming her way into the audience's heart by dabbling in versatile roles. Apart from ...