Emergency declared in Quetta as monsoon rains kill 13 in Balochistan 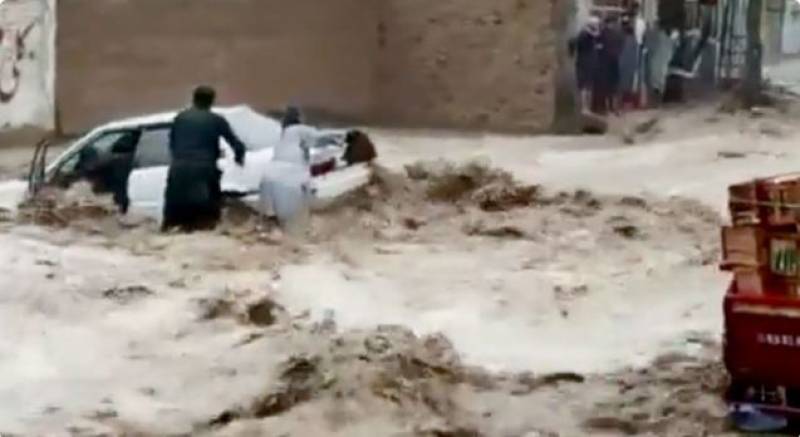 QUETTA – The Balochistan government has imposed a state of emergency in the provincial capital after more than a dozen people were killed in rain related incidents in the province.

Reports said that 13 people lost their and 20 others injured after the walls and roofs of multiple houses collapsed due to flashfloods triggered by monsoon rains, which continued for a second day in several districts of the province on Wednesday.

The flooding situation in Khushoob swept away a link bridge, leaving people in the area stranded.

Moreover, the link roads of Kan Mehtarzai, Loi Band, and Ragha Sultanzai were also damaged due to floods.

Pakistan Meteorological Department (PMD) has predicted that current monsoon spell may continue for another 24 to 48 hours and is likely to strengthen from this weekend.