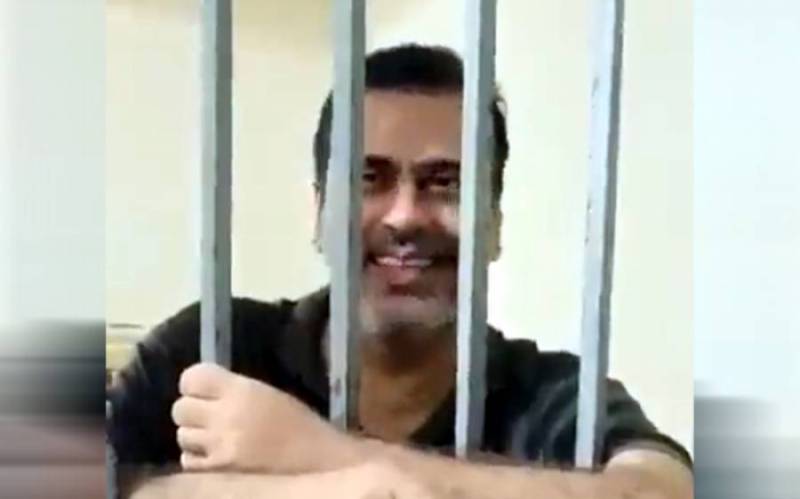 ISLAMABAD – The Islamabad High Court (IHC) disposed off a petition filed by senior journalist Imran Riaz Khan against his detention, ruling that the case did not fall under its jurisdiction.

Khan was arrested by police on Tuesday night in a treason case near Attock when he was heading to Islamabad. Later he was shifted to Attock police station.

He has been booked under sections 505-1(C) (statements conducing to public mischief with intent to incite, or which is likely to incite, any class or community of persons to commit any offence against any other class or community), 505 (2) (whoever makes, publishes or circulates any statement or report containing rumour or alarming news with intent to create or promote feelings of enmity, hatred or ill-will between different religious, racial, language or regional groups or castes or communities), 501 (printing or engraving matter known to be defamatory), and 109 (punishment of abetment if the Act abetted committed In consequence and where no express provision is made for its punishment) of the Pakistan Penal Code and six different sections of the Prevention Of Electronic Crimes Act (PECA) 2016, Dawn reported.

During today’s hearing, Imran Riaz Khan’s lawyer contended that his client was arrested from the Islamabad Toll Plaza.

The chief justice remarked that the case did not fall under the jurisdiction of IHC as the arrest was made in Attock and advised the lawyer to approach the Lahore High Court.

Meanwhile, police produced the senior journalist in an Attock court reportedly to seek his physical remand.

At the time of his arrest, Imran Riaz Khan shared a video, stating that authorities had taken his bulletproof vehicle, seized licenced weapons and 20 cases are registered against him.

Pakistani police on Tuesday arrested senior journalist and TV anchor Imran Riaz Khan, who is a strong critic of the ...