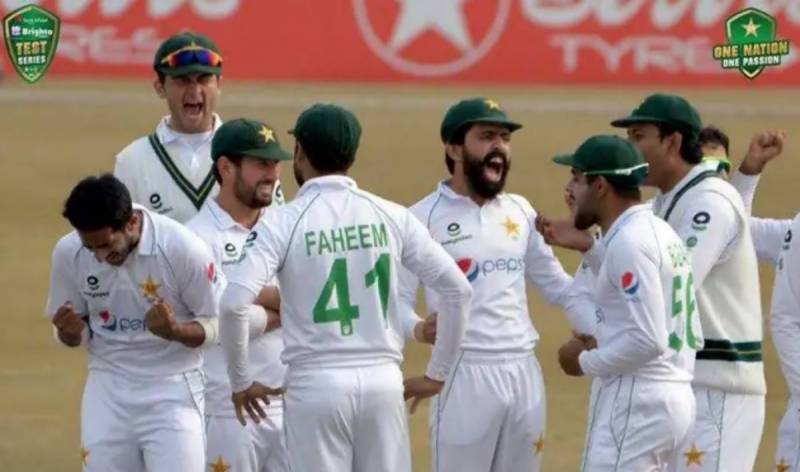 DUBAI – Pakistan have surpassed India to secure third place on the latest ICC World Test Championship 2021-23 points table after the latter lost two points for slow over-rate in the Test match against England.

The top cricket body has also imposed a 40 percent fine of their match fee for the offence during their seven-wicket loss against England in the rescheduled fifth Test.

With latest change in the points table, India have dropped to fourth place and their point percentage stands at 52.08 while Pakistan’s PCT is 52.38 per cent.

According to Article 2.22 of the ICC Code of Conduct for Players and Player Support Personnel, players are fined 20 per cent of their match fee for every over their side fails to bowl in the allotted time.

In addition, as per Article 16.11.2 of the ICC World Test Championship (WTC) playing conditions, a side is penalised one point for each over short.

Since India fell short by two overs after time allowances were taken into consideration, they were docked two WTC points, ICC said in its press release.

A day earlier, Men in Green have improved their position on the ICC World Test Championship 2021-2023 points table after Kangaroos outclassed Lankan tigers by 10 wickets in the first Test of two-match series.

DUBAI – Pakistan secured place in top five teams in all three formats of cricket as the International Cricket ...