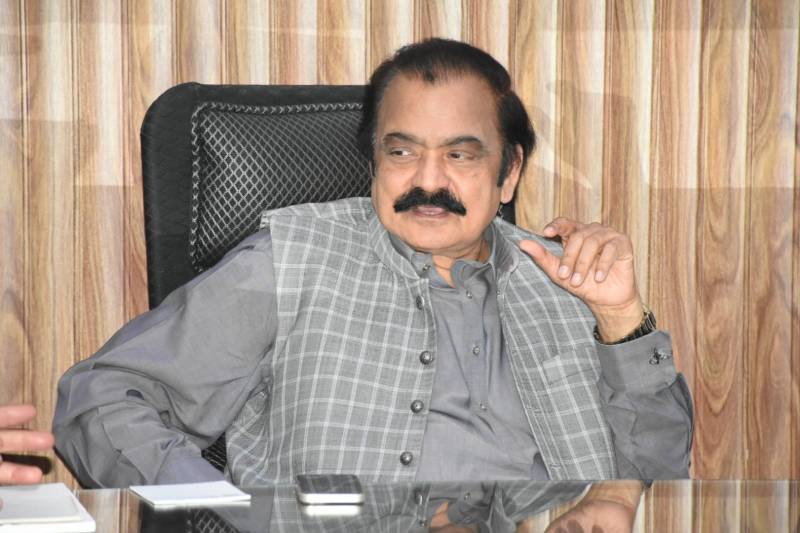 ISLAMABAD – Federal Interior Minister Rana Sanaullah said that any audio or video recordings to expose a person’s criminal offenses are not considered a crime unless it is used to blackmail them.

Addressing a presser, the country’s new security chief said the act should be considered illegal if the conversation is leaked to intentionally blackmail someone. He termed filming private legal matters public a crime.

The PML-N leader also addressed the alleged audio leak of former first lady Bushra Bibi with PTI’s social media head Dr. Arsalan Khalid, in which Khan’s third wife can be heard asking the latter to spread a “narrative of treason”.

Commenting on the alleged audio leak, Sanaullah said that the former ruling party was not calling the tape fake rather they were saying that the content didn’t matter.

He further maintained that Bushra Bibi was involved in a crime as she was doing it to save herself from corruption.

Amid the leaks saga, Imran Khan-led party has warned that the party would not sit quietly if Imran Khan’s calls with his principal secretary Azam Khan were made public.

Senior PTI leader Shireen Mazari said a senior journalist has mentioned in a blog that audio of the former premier on a secure line with then principal secretary will be leaked in the coming days.

LAHORE – An alleged audio clip of Aleem Khan, a disgruntled leader of Pakistan Tehreek-e-Insaf (PTI), has ...

The former ruling party also alleged that some people were involved in tapping phones, which PTI said is a violation of a Supreme Court order. PTI leader also called on the top court to take a suo-motu notice on the matter.