What Nawaz Sharif's doing in his latest picture from London 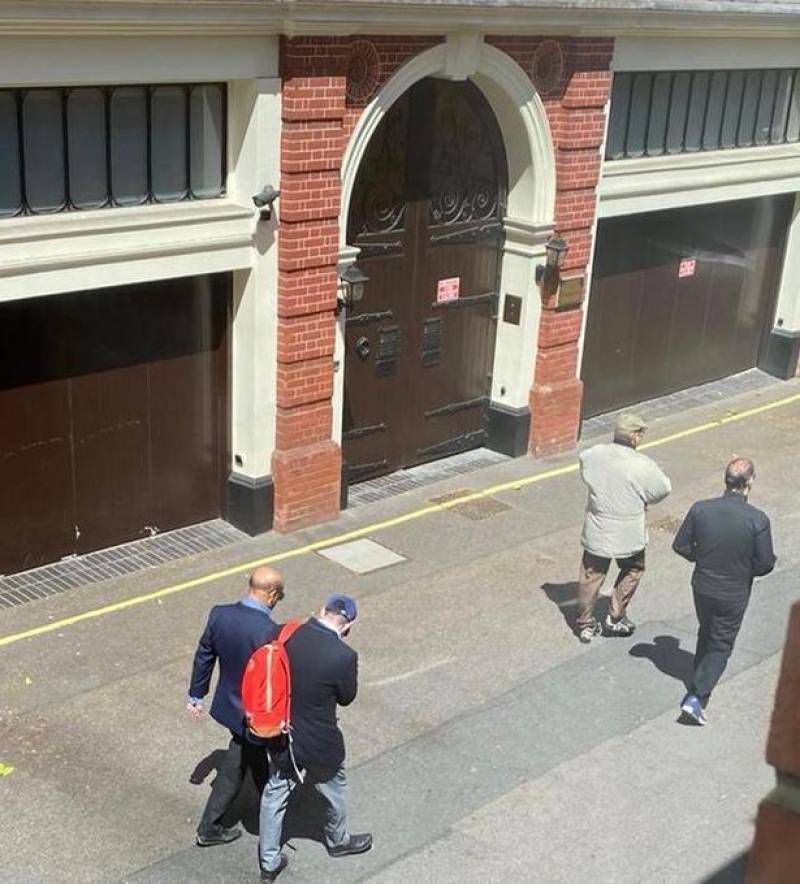 LONDON – A fresh photo of former prime minister Nawaz Sharif surfaced online on Saturday, days after his pictures of having coffee with family outside his son’s office near Hyde Park went viral in Pakistan.

This time, the Pakistan Muslim League-N’s deposed leader was taking a stroll with his son Hasan Nawaz in a park in in London.

Reports in local media say his doctors have recommended the 70-year-old to take an hour-long walk every day.

LAHORE – Supporters of Pakistan's former prime minister Nawaz Sharif, who is under medical treatment abroad, were ...

This is the second time the ex-PM left his apartment to go out in public after the coronavirus outbreak hit the United Kingdom, according to Sharif family.

Earlier in January, a picture of the former premier in which he was seen having dinner at an Arab restaurant took Pakistan by storm.

Nawaz Sharif has been in London since November last year after the Lahore High Court (LHC) gave permission to the former prime minister to travel to UK for treatment. In Pakistan, he is convicted of corruption.