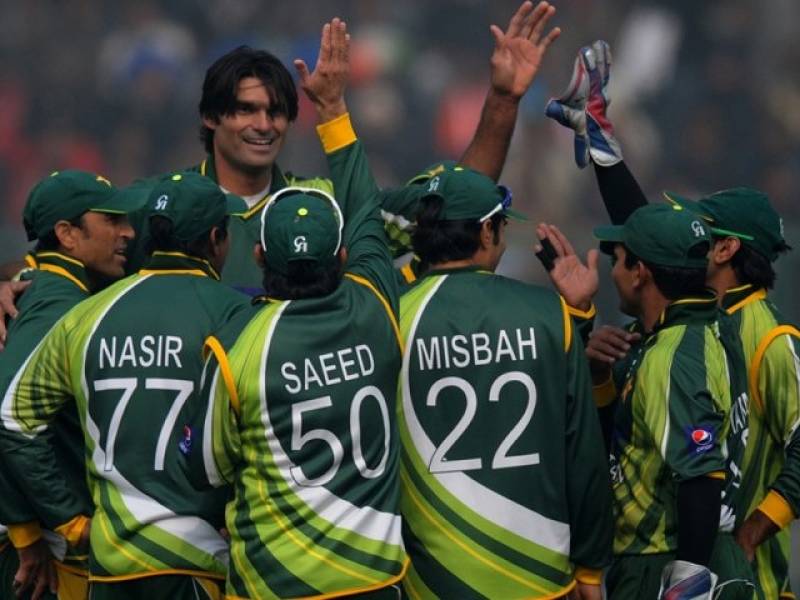 AUCKLAND (APP) - Pakistan hope their resurgence in the World Cup continues against South Africa at Eden Park on Saturday with the Proteas' coach warning of the Asians' "predictable unpredictability".

The 1992 champions need a victory to keep their hopes alive for a quarter-final place after losing their first two games before winning the next two.

Standing between Pakistan and a place in the next round are South Africa and then a dangerous Ireland side but coach Waqar Younis believes his team was peaking at the right time.

"We have picked up momentum in the last two games," said Waqar, after his side beat the United Arab Emirates by 129 runs in Napier.

Waqar admitted his team needs to lift its game more against a big team like South Africa who have won three of their four matches, scoring 400-plus totals in the last two.

"We need to win against a big team like South Africa to tell the world that we belong at the World Cup and we have done it before," said Waqar of Pakistan's 2-1 one-day series win in South Africa late in 2013.

But Pakistan have never beaten South Africa in a World Cup match, losing to their African rivals in 1992, 1996 and 1999.

Pakistan will also hope their spearhead Mohammad Irfan regains full fitness after injuring a hip muscle in the match against UAE.

Although Waqar was confident the fast bowler would be fit, the seven foot Irfan will be assessed during Friday's practice session.

Opener Nasir Jamshed has scores of nought, one and four in the last three matches but Pakistan's reluctance to try Sarfraz Ahmed at top of the order may save Jamshed.

Pakistan will seek a huge improvement in their batting against a fierce South African attack which includes Dale Steyn, Morne Morkel and Kyle Abbott.

The pace attack is backed by wicket-taking leg-spinner Imran Tahir who has nine wickets in four matches.

South Africa, who can make the quarter-finals with a win, will have JP Duminy fit again after missing the last two games due to a side strain. He is likely to replace Farhan Behardien.

"A guy like JP will definitely get back in the mix. He has been one of our best players over a period of time," coach Russell Domingo said, who was cautious over the return of seamer Vernon Philander.

"We need to make sure Vernon is 100 percent ready to go because we need to be careful with a hamstring strain with the important stage of the competition still to come."

De Villiers was in astounding touch during his 66-ball 162 against the West Indies on February 27 -- the fastest 150 in one-day internationals.

"They've got some great bowlers. The tall man Irfan has been bowling really well at the moment and I think Wahab Riaz has bowled the quickest ball in the competition thus far -- 154," said Domingo.

"They are definitely a bowling attack that needs to be respected and we need to take care against them," said Domingo, who believes chasing a target is Pakistan's weakness.

"Pakistan's record of chasing scores -- I don't think they have chased over 260 in the past six years -- is a defining factor in terms of winning the game," Domingo said.