One dress was simply not enough; Some of the best dress changes for Oscars 2018 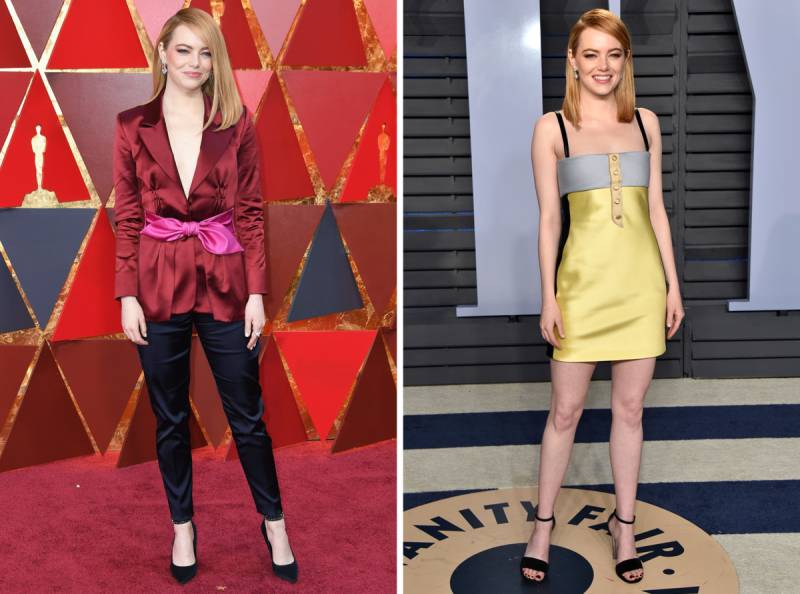 It seems like the Oscar's keep getting bigger and better with each passing year and now coming into its 90th year, the event is bigger than ever.

For some Hollywood Divas one dress is simply not enough, especially for the ones who went to the Vanity Fair's post-awards celebration party later.

Here is a compilation of some of the slightly similar and extremely drastic dress changes for the Oscars 2018!

Zendaya, known for her incredible performance in The Greatest Showman, surprised everyone by coming to the Oscar's in an unflattering chocolate brown off the shoulder dress.

However, the fishtail champagne gown she wore to the Vanity Fair party was much more stunning;

When she got to Vanity Fair, her dress took a 360 degree turn as she opted for a bright yellow mini;

She wore an equally shining but far more risque red gown with a plunging neckline and an even more daring thigh cut to the party:

However, it was Miss Mary. J. Blige who showed everyone what a real diva is like when she had not two but three different dress changes throughout the two events!

She turned up to the Oscars in white, swiftly changed into a beautiful red gown and ended the night in a glittery golden dress.

For one of those days when two dresses are not enough either!