Two dacoits arrested after exchange of fire with Faisalabad Dolphins 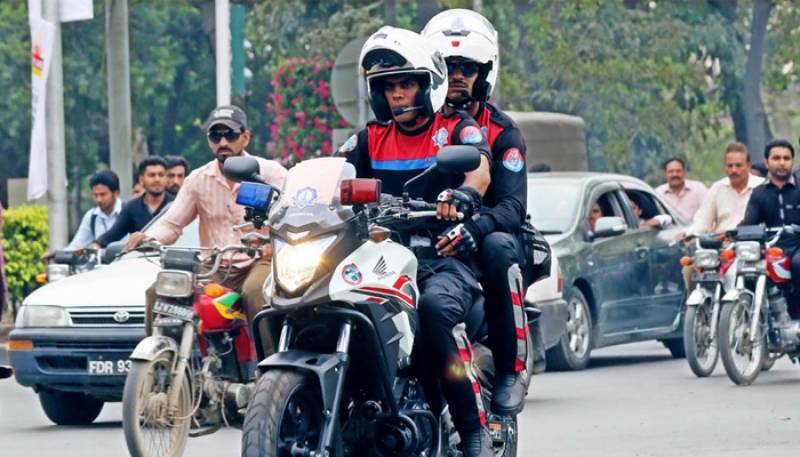 FAISALABAD – Two dacoits have been arrested after an armed encounter with police in the area of Samundri police station.

On Friday, four dacoits robbed people in Faisalabad's Samundri and fled from the scene in a car, said a police spokesman.

Meanwhile, the Dolphin Police patrolling in the area saw a car speeding away which seemed suspicious to them. On suspicion of wrongdoing, they tried to stop them but the driver kept the car moving.

The officials chased the speeding vehicle and forced them to surrender upon which the criminals opened fire. The police also returned fire in self-defense injuring two while the two others managed to escape.

The injured were shifted to Tehsil Headquarters (THQ) Hospital Sammundri where their condition was stated critical.

The police recovered 3 pistols, one gun and looted jewelry from their possession while further investigation for their identification was underway.

A special team had also been constituted to trace out whereabouts of the escapees and arrest them on priority basis, police spokesman added.

FAISALABAD – Police in the third-largest city of Pakistan killed a man and injured the other three for not ...