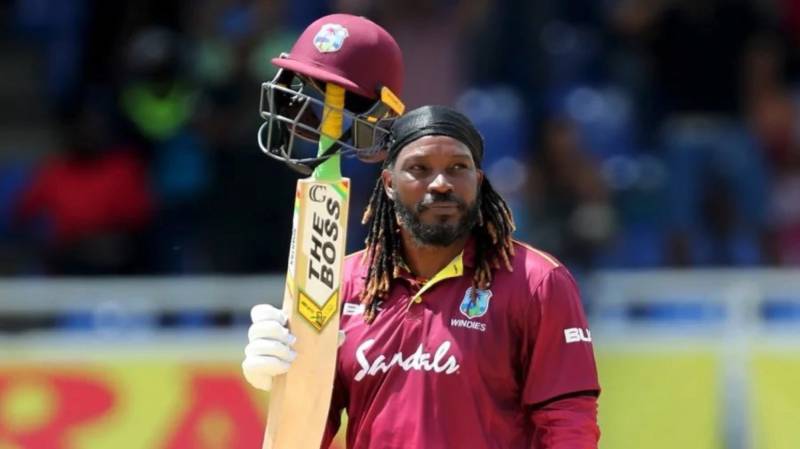 ABU DHABI – West Indies legend Chris Gayle on Saturday smashed 15 off nine balls against Australia in the Twenty20 World Cup in what was likely the final innings of his career for the country.

The 42-year-old played hit two sixes before being sent to the pavilion by the rival team’s bowler.  Walking toward the dressing room from the ground, Gayle raised his bat as a ‘goodbye’ gesture while his teammates gave him a standing ovation.

He is yet to announce his retirement officially but his fans have started paying tribute to him on Twitter.

“End of an Era. There’ll never be another #ChrisGayle. Legend,” a fan wrote on Twitter.

Thank you for each and every memory @henrygayle. A legend on and off the field. 22 years of unforgettable memory, the dominator of T20 cricket. None looked as good as him at peak in the shortest format.

Thanks for making my childhood memorable one with those unbelievable knocks. pic.twitter.com/ozcHR2bog2

The left-hand batsman, who can bowl off spin, has scored over 12,000 runs including 27 centuries in white-ball cricket since his debut in ODI match in 1999.

DUBAI – David Warner's 89-run knock helped Australia to chase down a target of 158 runs set by West Indies in a ...