Bravo blames his cricket board for shameful defeat against Pakistan 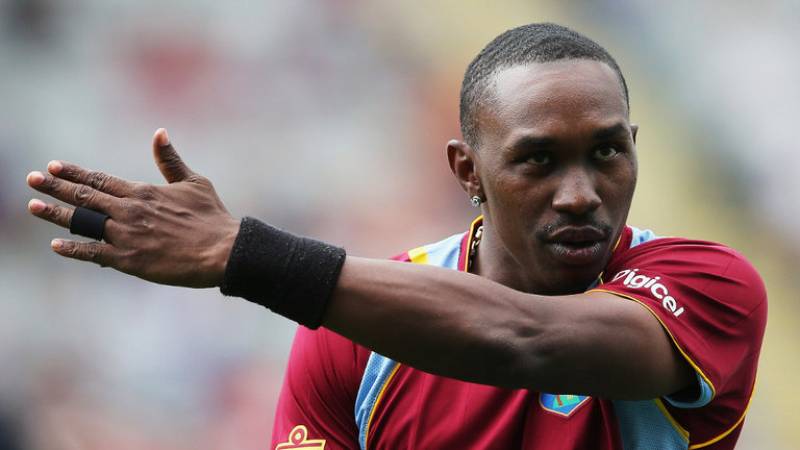 DUBAI - West Indies all-rounder Dwayne Bravo said that the board’s decision to sack head coach Phil Simmons prior to the start of series against Pakistan in the United Arab Emirates left the Caribbean side demoralised.

In an interview with Jamaica Observer, the 32-year-old Trinidadian said that West Indies Cricket Board’s (WICB) decision to sack Simmons, despite all of his achievements, negatively affected the side’s moral.

“We won the World Cup T20 and we played well in the tri-nation ODI series against Australia and South Africa,” said Bravo. “Still, moments before the team was due to fly for Dubai, they [WICB] fired the coach. So it definitely affected the morale of the team and the players.”

The all-rounder also revealed that the former coach had built up a very positive environment for the players, something which is now missing from the squad.

“I’m very passionate about the game, so whenever I step on a cricket field, I give a 100%,” he said. “But the honest truth is, it is very difficult for a bunch of guys to switch on and play in a series when on the day of the team’s departure, they find out that their head coach was fired.”

Bravo even questioned the board for lacking any reason behind Simmons’ sacking. “Simmons was the most successful coach the team had in recent years in his short stint,” he said.

After Simmons’ removal, the West Indies were whitewashed in both T20I and ODI series against Pakistan, and Bravo asserted that the players and the management appeared ‘lost’ throughout the series.

I was there in Dubai and the players were lost, even the management looked lost,” he said. “We looked like school kids again.”

Simmons was the third influential member of the team management, after Darren Sammy and Curtly Ambrose, who have been sacked in less than six months since West Indies’ historic World T20 victory.