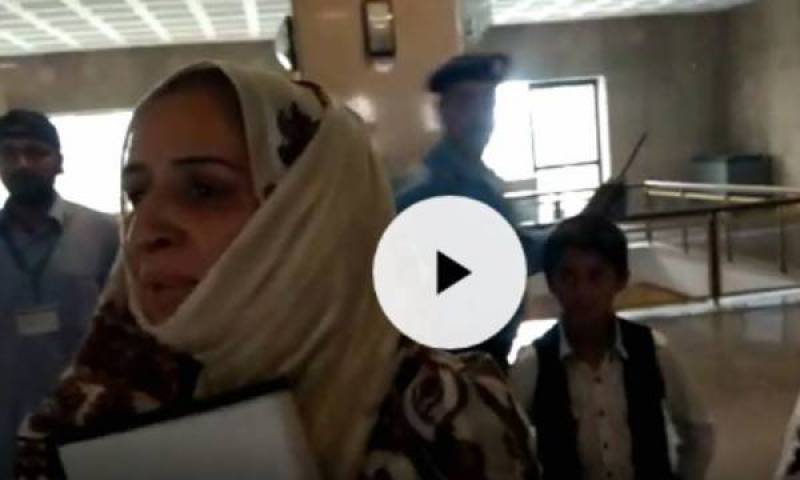 ISLAMABAD - A domestic servant facing charges of marrying both her owner and her daughter came out in public on Saturday.

A two-member bench of Supreme Court (SC) headed by Justice Gulzar Ahmad heard a petition of Sher Bano Kazmi who alleged that her husband, Waris Ali Shah, 28, married her daughter Sumaira Ali without divorcing her.

Sher Bano moved to SC after a high court allowed Sumaira, 21, to go either with her mother or her husband.

In November, Sherbano, a resident of Haripur, had filed an application in the court stating that Waris Ali Shah, who had married and stayed with her for nine months, had eloped and registered a nikah with her daughter.

Bano expressed that she married to her servant, Waris Ali, for the protection after the death of her husband, alleging that Waris Ali after a few months married to her elder daughter Sumaira.

She said that this was an illegal act and asked the court to handover Sumaira to her.

Sumaira, on the other hand, claims that she was adopted by Bano, so there is no issue of Shah marrying me.

Father of Waris Ali claimed that his son has married Sumaira after divorcing Bano and he just want to take Sumaira with him.

Justice Gulzar remarked that such cases do not put a good impact on society, he is listening to the case just because it was his duty.

After listening to the arguments of both sides, the court allowed Sumaira to go with her in-laws and ordered police to ensure the protection of Sumaira Bibi.

Bano while talking to media outside the court said that she wanted justice as she had three children, adding that Waris also borrowed Rs 4.5 million from her for business.