We are giving fair chance to every player for World Cup team preparations: Misbah 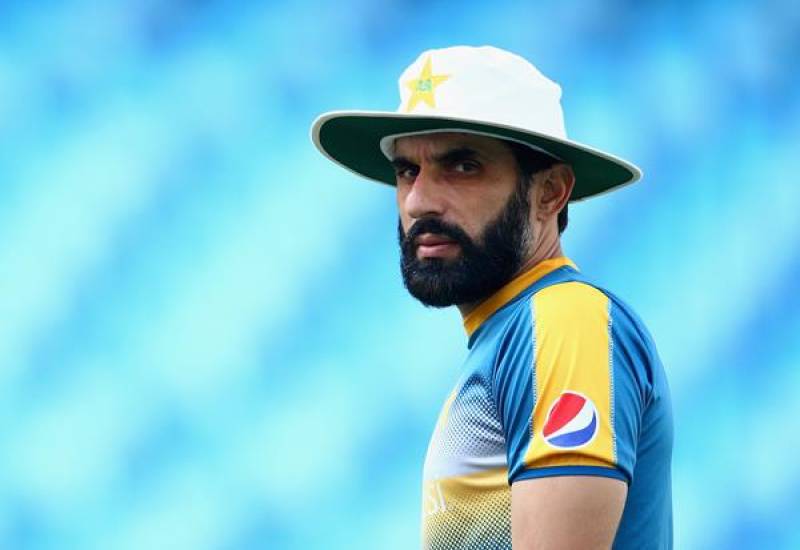 LAHORE - Head coach Misbah-ul-Haq has supported recalled players saying they will be given fair chance in order for the build of the team for the next year's World T20 World Cup.

Addressing a news conference here on Sunday night at the Gaddafi Stadium ahead of Pakistan team's second T20 against Sri Lanka, Misbah made it clear that no player of the team can be excluded on just one bad performance.

"We want to provide a fair chance to every player. Those players, who were recalled for Sri Lanka T20s, have performed well in domestic cricket as well as in Pakistan Super League (PSL) and hopefully, they will deliver in the remaining matches of Sri Lanka series."

"We are focusing on making the best team combination for the upcoming T20 World Cup, and for this, we have to provide fair chances to each and every performing cricketers. Hopefully the recalled players will try to give out their best in the next matches and make the decision of their selection right," he added.

The head coach-cum-chief selector said: "When changes are made and new players are given chances, then we should be ready to face such results. The phase of change is though tough, yet it helps in making the combination best by checking every given option. We have the best players in the T20 squad and hopefully, we will be able to finalise the best combination soon."

Replying to a query regarding batting failure of Pakistan team in the first T20, Misbah said: "Due to dew factor, our batsmen were facing difficulties in batting and facing the Lankan bowlers. We decided to bat first just because of the weather, which couldn’t help us."

Speaking about national team captain Sarfraz Ahmed, he said: "There is a pressure on Sarfraz and he must come out of it. The more Sarfraz succeeds in getting out of pressure during the matches, the better he will give a performance as a batsman as well as a captain."

He said that most of the T20 matches are won by playing well in power plays. "I admit that our team couldn’t bat well in power play, that's why they have to struggle hard to win the match, but they failed in doing so. In the remaining matches, it is hoped that our batsmen will utilize the power play well through their sensible batting and powerful hitting."

To another query, the head coach said that the 8th ranked Sri Lanka team was being considered as weak team, but they played really well. "Sri Lankan players played outstanding cricket and showed that world that those perform better on the given day win matches. Sri Lanka proved it and won the first T20 encounter."

Misbah also lauded the passion and cooperation of the cricket-crazy nation for coming in great numbers to witness the first T20 match and hoped that with their backing and support to the national team, Pakistan team will win the next two matches and Pakistan cricket will also flourish. "I hope more and more cricket fans will come to witness the remaining two T20s and make the historical Gaddafi Stadium house full. It is my wish and requests to the Sri Lanka cricket team to come to Pakistan again to play Test series here."