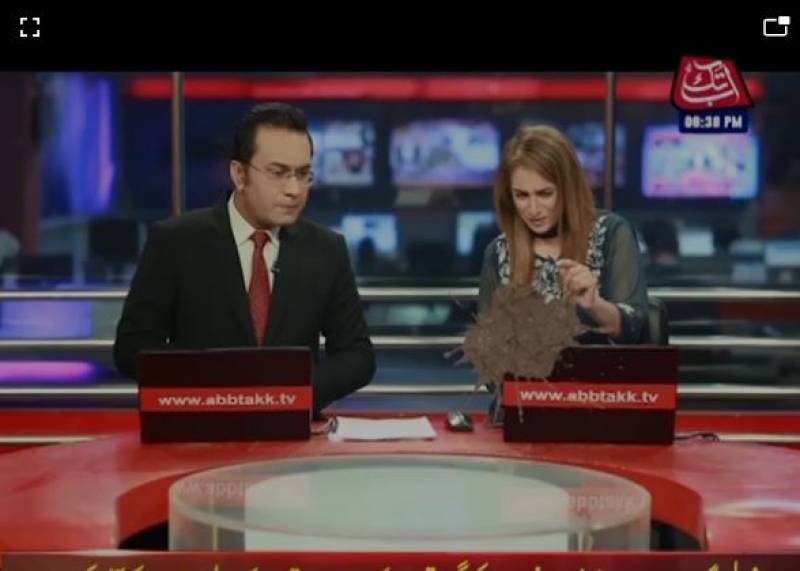 KARACHI - Since the last 72 hours, a peculiar stain had hijacked the media airwaves and Instagram feeds, remaining unnoticed by the newscasters on-screen but leaving viewers increasingly more perplexed and confused.

What in the world was the daagh on TV and were the viewers the only ones able to see it? Apparently not! Newscasters and morning show hosts finally reacted to the stain on their screens as it interrupted their timeslots. They asked for somebody to help remove the stain, while one actually gestured trying to remove it from the screen but the stain refused to budge.

However, frustrated they called out for a champion to save them from the daagh and Surf Excel’s tornado entered the screen, washing off all stains in one go. The newscasters expressed a sigh of relief and were heard saying “Dekha jo koi nahi kar sakha wohe toh champion karta hai,” following the new TVC.

The campaign was further highlighted through social media videos of celebrities such as Momal Sheikh, Ayeza Khan, and Kinza Hashmi who also uploaded content with the same stain splotch.

Through this campaign, #SurfExcel got across the message of its capability of removing 100 hours old dried up stains with the help of its new stain-lifter technology, assuring its users that the #DaaghonKaChampion had got their back!