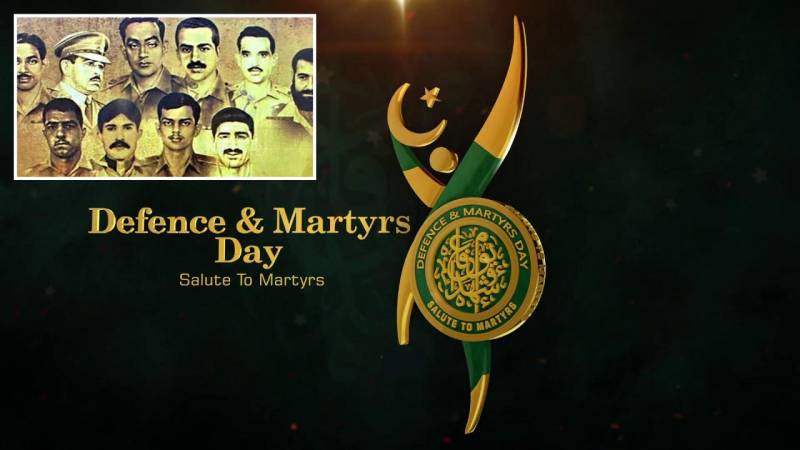 ISLAMABAD – Defence and Martyrs Day is being observed today (Monday) to reaffirm commitment to defend the motherland against all threats and to pay tributes to the martyrs and ghazis.

This year’s Defense and Martyrs’ Day theme is “Our martyrs our pride, a salute to all the relatives belonging to ghazis and Shaheeds.”

Special prayers are being prayed after in mosques for the progress and prosperity of the country and independence of Indian Illegally Occupied Jammu and Kashmir from the cruel clutches of India.

The day dawned with 31 gun salutes at the Federal Capital and 21-gun salutes at provincial capitals. The state radio will also broadcast special programs containing national songs, interviews of the family members of martyrs and ghazis to pay homage to the defenders of the motherland.

#Live: Change of guard ceremony at the mausoleum of Founder of Pakistan, Quaid-e-Azam Muhammad Ali Jinnah in Karachi on #DefenceDay https://t.co/gjUTWjkioo

To commemorate the sacrifices, a number of events and military parades are held across Pakistan to project the cutting-edge technologies of military warfare. Pakistan showcases its military strength and newly developed weaponry while remembering the national heroes.

The Defence Day is celebrated each year on September 06 with patriotic zeal and zest as National Day to commemorate and pay rich tributes to martyrs and Ghazis of the Pakistan Army and heroes from all walks of life who rendered their lives while safeguarding the motherland against aggression of Indian forces during the wars including 1965 and Kargil.

The world had witnessed the passion and unprecedented sacrifices of the Pakistanis which was demonstrated in standing firm with its armed forces throughout the challenging times.

It is a day of national unity and solidarity as the nation had become victorious against all adversaries while strictly adhering to the national motto of Quaid’s golden principles: Faith, Unity, and Discipline.

In the year 1965, the border areas in Lahore, Sialkot, and Sindh were attacked by cowardly Indian army. The battle continued till the time when the UN-administered ceasefire was accepted by both sides on September 22, 1965.

The valiant heroes of Pakistan had not only defended its territory but had also protected the lives and homes of thousands of civilians. Therefore, the nation pays tribute to all those national heroes who had rendered their lives in line with their duties.

Pakistan and India have fought the 1965 war on the Kashmir issue but the issue has even still remained unresolved between the two sides. MM Alam, the legendary war hero of 1965, the first-ever fighter pilot from Pakistan Air Force (PAF) whose record of shooting down five Indian war planes in less than a minute still remained unbeaten.

Alam altogether shot down nine warplanes in aerial combat while piloting an F-86 Sabre during the 1965 Pak-India war. He is considered a national hero of Pakistan due to his remarkable show of brilliance and bravery in the war of 1965. He has made an unforgettable history of heroism by knocking down the Indian Fighter Jets.

6th 7th and 8th September are historic days, days every Pakistani can be proud that our nation did something that few ...