Pakistan not in discussion with US over resumption of military aid, says envoy Aizaz Chaudhry 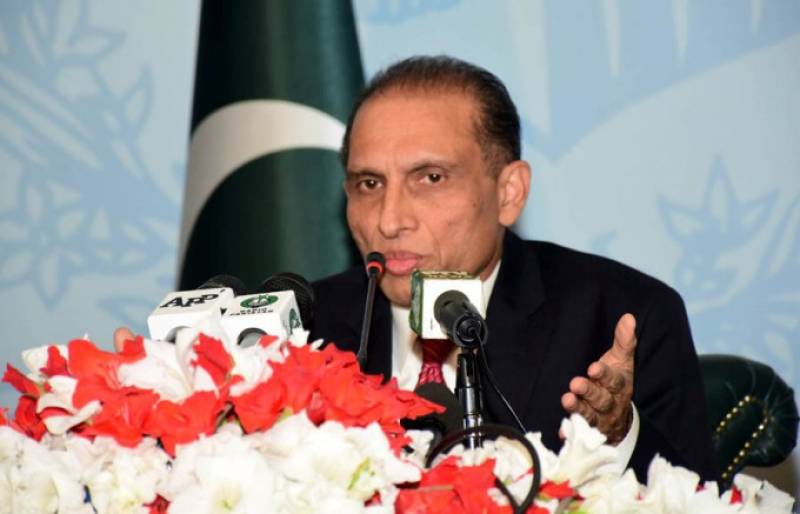 WASHINGTON - Pakistan's ambassador to the United States Aizaz Ahmed Chaudhary has claimed that Islamabad has not, and does not intend to, discuss the resumption of security aid with the United States.

Briefing the US and Pakistani media, the envoy expressed that  Pakistan did not want aid adding that the country was desirous of honour, dignity, respect and a recognition of its efforts against terrorism.

The ambassador said that Pakistan had taken a position on this issue and now it was for the US government to take a decision.

“We are quite committed to eliminating terrorism with our own resources.” said the diplomat but hastened to add that the suspension undermines Pakistan's efforts to fight terrorism.

The briefing was intended to highlight the situation of Kashmir valley, however, the discussion turned towards Pak-US ties.

Regarding the peace process in Afghanistan and US role, the official noted that the discussions were underway as both countries had a common objective to stabilise Afghanistan.

In strong-worded remarks, Mr Chaudhary said that Pakistan was 'very, very positively engaged' with the peace process initiated recently by Afghan President Ashraf Ghani because it believed it to be the pathway to pursue for stability in the war-ravaged country.

The ambassador brushed aside the perception that Pakistani military and its intelligence agencies were not on the same page regarding the objectives in Afghanistan.

"This is totally baseless and even irresponsible," said Mr Chaudhary, adding that in the APS carnage, the militants killed the children of both military and intelligence officials.

The United States had suspended its security aid to Pakistan in January this year after tycoon-turned-President Donald Trump fired a broadside at Pakistan allegedly for not helping enough to weed out terrorism.

On the other hand, Pakistan dismissed such allegations and claims that it has taken action against the terrorists without any discrimination.