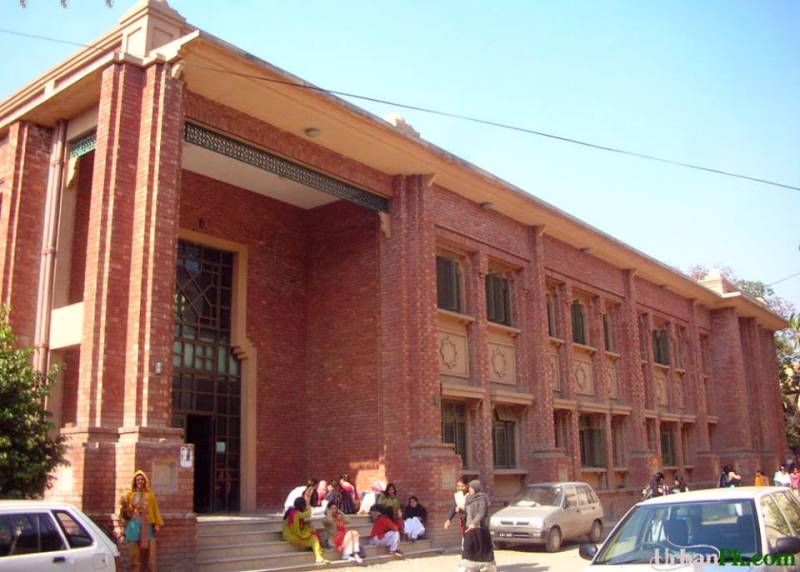 LAHORE – A group of students at a Punjab’s women university have registered their written protest with the provincial authorities over harassment and hooliganism by boys on campus.

In a signed letter to the Higher Education Commission secretary, the girl students have shared their strong reservations regarding an Inter-University Competition held on 28-3¬19, in Lahore College for Women University (LCWU). “This competition was the most shameful act in the history of Visual Arts Department because the LCWU opened its gate for BOYS, no matter what kind of background these boys belonged to,” the letter reads.

The day of the competition, March 28, the girls say, “must be marked as a black day in the history of LCWU as those boys entered in the premises with rough dressing and openly passed obnoxious remarks if girls didn’t respond to their vulgar gestures”.

Not only the students but their parents also became “very upset” after knowing the situation at the institution known for its female oriented environment.

In the letter, the girls have also alleged the department administration to have ignored all the moral responsibilities as many of their fellow students “brought their boyfriends inside the department and had chat and fun together”.

“It is very shameful that the Visual Arts department head Dr. Rifat Dar remarked ‘as LCWU has a great attraction for boys and to attain enough registration money we opened it to boys, so girls enjoy yourself!’ We think that the Head of Department (Dr. Rifat Dar) is fully responsible for this activity and she organized this event for earning money only,” the letter further read.

The group of girls also complained of the visitors finding themselves at freedom to take anyone’s pictures in the department’s premises while even security guards were helpless to stop them.

“We are in great grief that besides several requests to the head of the department, we the students got badly harassed in our own department by [those] boys and they took our photographs, recorded videos in their mobile, and teased us,” they stated in the letter, adding that many female teachers were also disturbed and concerned over the “shameful situation”.

“We felt helpless as our head forcefully bound us to participate in this activity.” 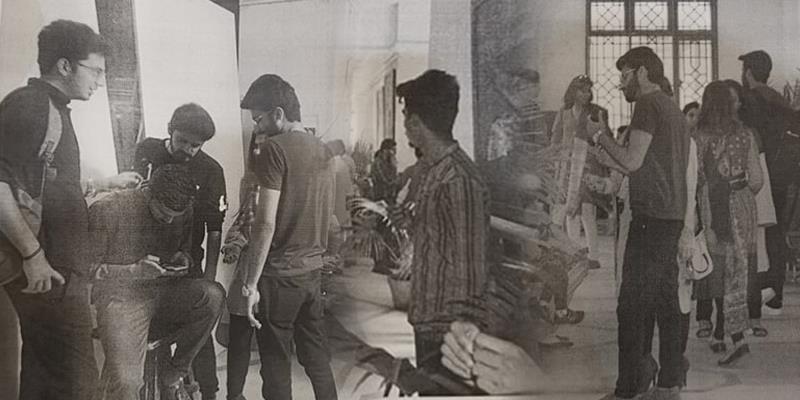 Usually such activities are monitored by LCWU Student Affairs Office to maintain discipline, but the complainants have questioned the absence of Student Affairs Team on that day.

The girls have demanded of the higher education authorities to take action over their protest and ensure that such activities must be avoided in future.

Lahore College for Women University shares a glorious history of academic education for being one of the largest female educational universities of Asia that was established in 1922. Its Fine Arts Department of LCWU established by Naseem Hafeez Qazi was later transformed into Institute of Design and Visual Arts for widening the parameters of experience and professional training to meet the modern trends of art education.

Besides the degree courses of Visual Arts and Graphic Design, two new departments - Textile Design and Interior Design - have been introduced in recent years.