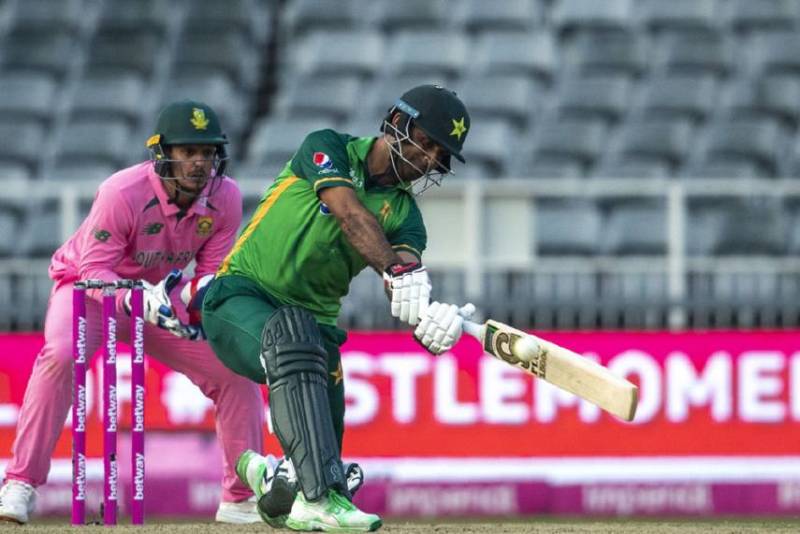 CENTURION – Pakistan on Wednesday sealed a comfortable series victory over South Africa, defeating the hosts in third and final match at SuperSport Park.

Giving Pakistan a solid start, Imamul Haq and Zaman brought up their 100-run partnership. Imam, after a half-century in the 1st match, followed it up with another while Zaman played yet another solid innings after a wonderful 193-run knock in the last match.

The duo put together a 112-run opening stand before Imam departed for 57.

Fakhar Zaman carried on and brought up his sixth ODI century and second of the series with a wonderful 101-run knock of 104 balls, providing Pakistan with the platform to post a huge score. Before he was dismissed by Maharaj, he put up a 94-run stand with Babar Azam.

However, after Zaman’s dismissal, Pakistan lost wickets in regular intervals as South African spinners struck back after being dominated by the visitors the entire morning. In the end, some fine shots from Hasan Ali helped Pakistan post 320/7 total in the decider.

The three matches ODI series between two sides are tied with 1-1, today is the decider match of the ODI series.

Earlier in the second ODI, Pakistan lost the match while chasing 342 runs, middle-order batsman Fakhar Zaman beautifully made 193 runs off 155 balls with 10 sixes and 18 fours. He was also declared player of the match.