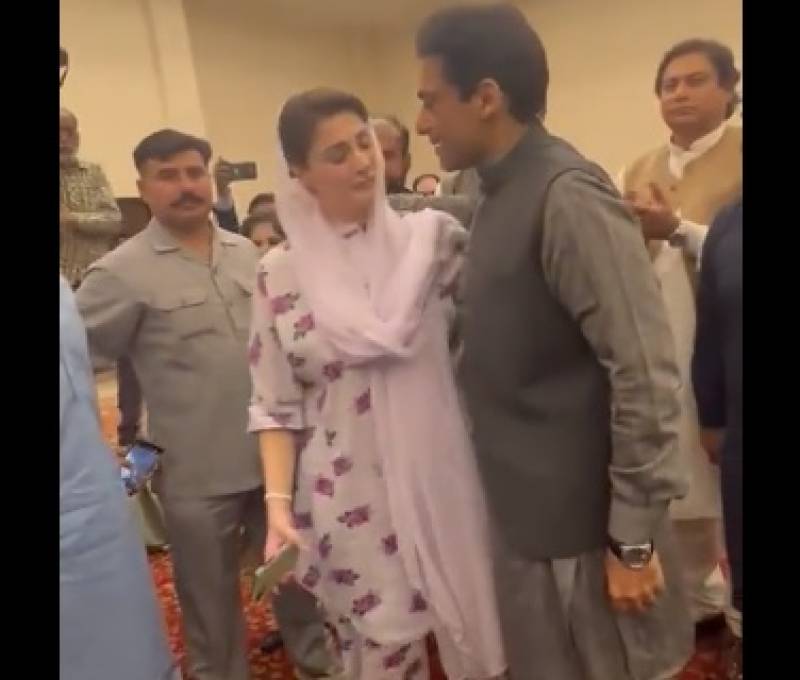 LAHORE – Pakistan Muslim League-Nawaz (PML-N) leader Hamza Shahbaz Sharif was elected as the chief minister of Punjab by the Opposition lawmakers and PTI defectors in a symbolic provincial assembly session at a hotel in Lahore.

The symbolic session, which was attended by several disgruntled PTI leaders including Aleem Khan, was held after voting for the election of new leader of the House was delayed for the third time on Wednesday due to tug of war between the Deputy Speaker Dost Muhammad Mazari and PML-Q.

Mazari had called the Wednesday’s session that angered PTI and its ally PML-Q, which later filed a no-confidence motion against him. Later, the assembly secretariat announced that powers delegated to Mazari have been withdrawn.

The symbolic session of the Opposition was chaired by PP leader Shazia Abid and 199 provincial lawmakers voted for Hamza Shehbaz.

When Hamza was congratulated after the voting, an emotional scene was witnessed when PML-N vice president and his cousin, Maryam Nawaz, could not hold her tears while congratulating him.

PML-N spokesperson Marriyum Aurangzeb shared a video in which the PML-N vice president can be seen in tears.