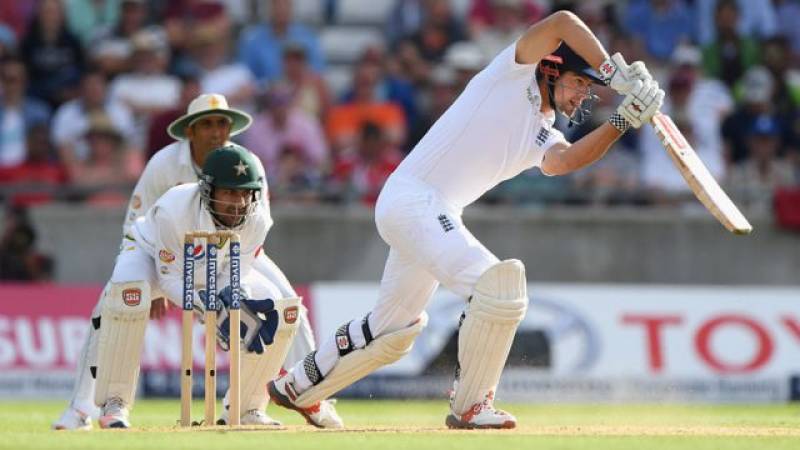 BIRMINGHAM (Staff Report) - England beat Pakistan by 141 runs in the third Test at Edgbaston on Sunday’s fifth and final day in the four-match series.

Pakistan were bowled out for 201 after being set a target of 343 for victory when England captain Alastair Cook declared his side’s second innings on 445 for six early on Sunday’s fifth and final day.

England were 120 without loss in their second innings, a lead of 17 runs, at stumps on the third day of the third Test against Pakistan at Edgbaston on Friday.

Alastair Cook, the England captain, was 64 not out and Alex Hales 50 not out, with the duo having compiled their first-century stand in 18 innings together as a Test match opening pair.

Misbah-ul-Haq, who started the day at the crease following Azhar Ali's last-ball dismissal on Thursday, was the mainstay for Pakistan before dragging on against James Anderson for 56 while Sarfraz Ahmed, with a typically jaunty innings, added priceless runs as England worked their way through a flimsy lower order with the last five wickets falling for 42.

The series comprises of four Tests, five ODIs and a T-20 match.

Misbah ul Haq will lead the national test team in the Test series while Azhar Ali and Sarfraz Ahmed will captain the teams in ODIs and Twenty20, respectively. 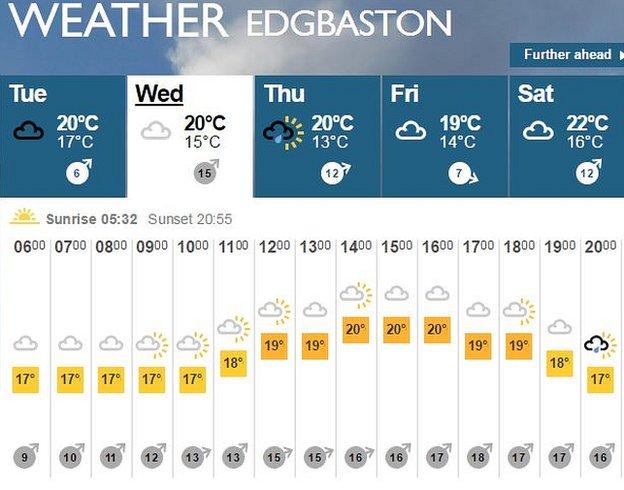