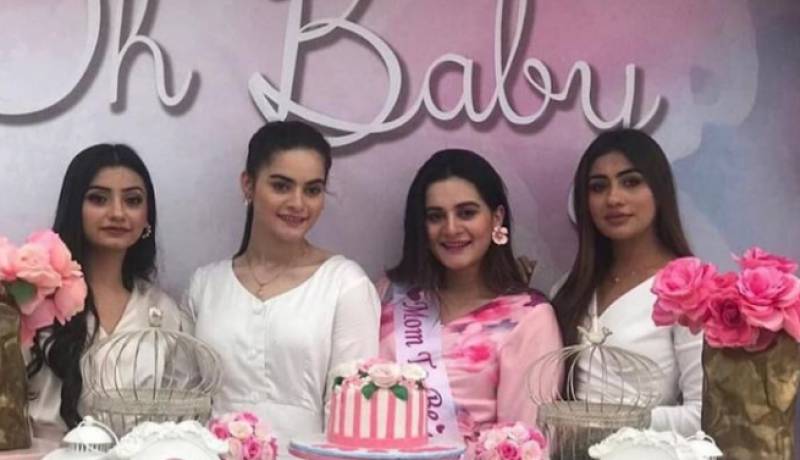 KARACHI - Pakistani TV star Aiman Khan had been keeping her pregnancy a secret and she was yet to make an official announcement about it, but photos of her ‘private’ baby shower were ‘leaked’ Tuesday night, much to her ‘disappointment’.

The mommy-to-be seems to be upset after her private pictures got  ‘leaked’ on social media on Tuesday (yesterday).

Reacting to the matter, Aiman had expressed her disappointment on her Instagram stories. “This was a very private event between me, my friends and family. Thank you very much whoever invaded my privacy and posted our pictures without my consent, my beautiful day ended in a bad mood,” she wrote on her Instagram story. 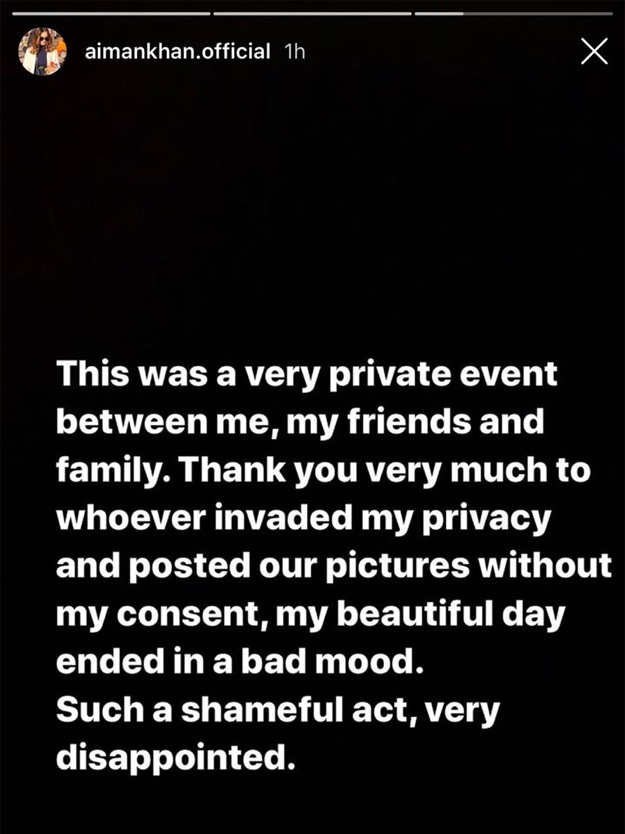 Interestingly, her twin sister and fellow actress Minal Khan had also shared a glimpse of the baby shower and seem like Aiman forgot to notice it. Minal shared a boomerang video, in which Aiman seemed wearing a sash that reads ‘Mom’.

The video, however, was deleted soon after Aiman shared on her Instagram that someone ‘leaked’ her baby shower photos. 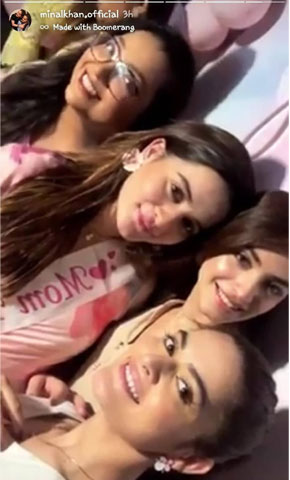 In the leaked photos, Aiman Khan can be seen wearing a pink floral gown and we must say she looked beautiful and definitely has the pregnancy glow.