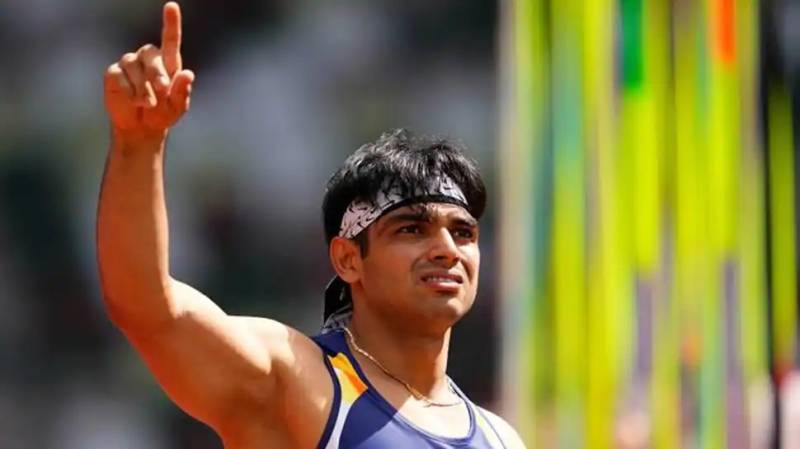 Javelin thrower Neeraj Chopra became the first Indian to win a gold medal at the Tokyo Olympics on Saturday.

The Indian player achieved the feat in the men's javelin throw finals, after defeating the likes of world number one Johannes Vetter. This was also India's first medal in athletics in the history of Olympics.

India’s star player Neeraj kicked-off the proceedings with a gigantic 87.03m and then aced it up in the second attempt by reaching the 87.58m mark. However, the third and fourth attempt by the Indian didn't count as they were adjudged fouls. In the fifth and final attempt, Neeraj threw 84.24m.

Neeraj's opening 87.03m was enough to secure him the yellow metal at the Tokyo Olympics as none of the twelve participants touched the mark.

It's a first gold medal at #Tokyo2020 and a first ever athletics gold for #IND pic.twitter.com/qF4BIXSK93

Meanwhile, Czech Republic's Jakub Vadlejch and Vítězslav Veselý bagged the silver and bronze. Vadlejch best throw of 86.67m, which earned him the silver medal came in his fifth attempt. While Veselý threw 85.44m to finish third.