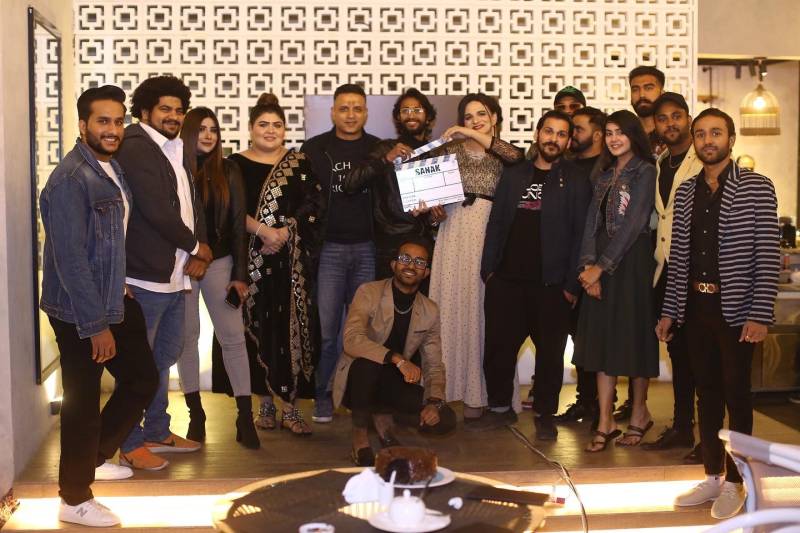 LAHORE - The year 2022 seems to be a good year for cinemagoers as several films that were previously on hold due to the coronavirus pandemic are now finally going to be released.

Among the many films that are scheduled to release is Sanak starring Shyraa Roy along with Muneeb Ali, Murad Kazmi, Beenish George, Marhoom Bilal, Zeenat Butt and many others.

Taking to Instagram, Shyraa shared the announcement poster of the film. Recently, the cast and crew were spotted in Cafe de Bella, Lahore in a meet and greet of the film Sanak.

The film is slated to release the cinemas by 2023 and it’s currently filming in Lahore and Ayubia. The film is being directed by Hassan Fareed and written by Bollywood classic writer and director Vikram Bhatt.

The film also stars some very famous stars of the town in cameos.