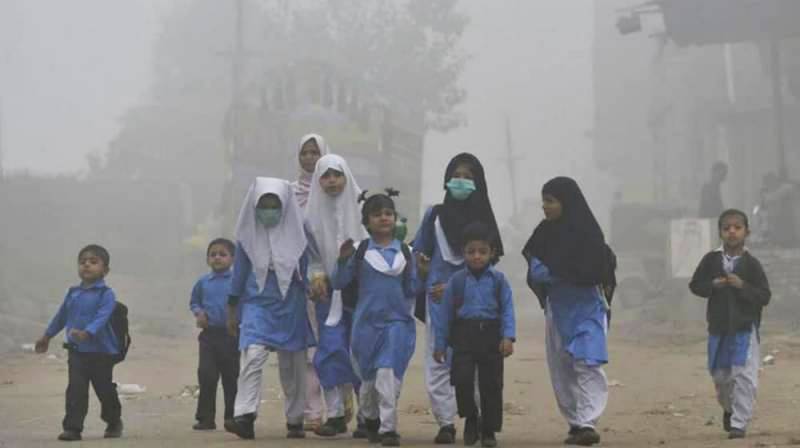 LAHORE – Punjab government on Wednesday announced three-day closure of schools in a week in wake of alarming levels of smog in the provincial capital.

The local administration issued the notification as Lahore High Court on Tuesday ordered the government to announce three-day school closure in the region.

The notification issued by the Punjab School Education Department said "In compliance with the directions of Lahore High Court, it is notified that owing to prevailing smog condition, all public and private schools in the district shall remain closed every Friday & Saturday, in addition to the weekly Middy on Sunday till further orders. 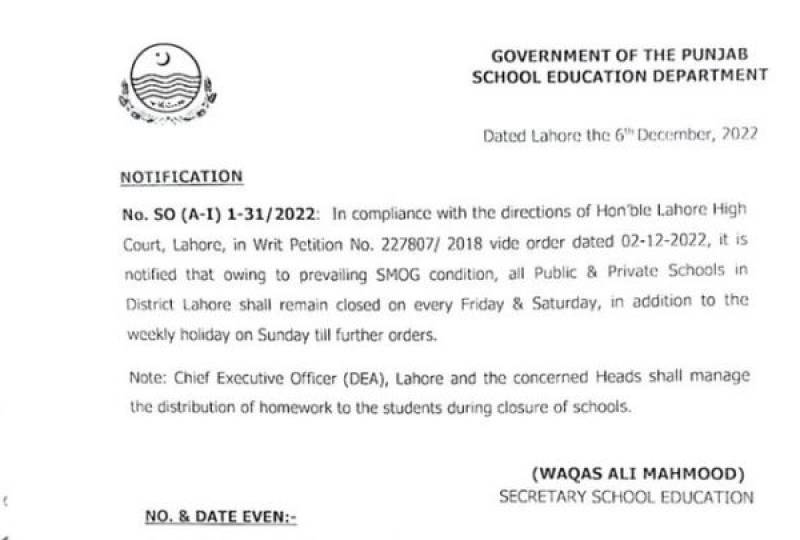 Authorities in the country's largest province declared an environmental emergency on Tuesday and decided to close educational institutions as air pollution in the parts of the region, especially in the provincial capital, hit its worst level this year.

iqair.com, a website that provides real-time air quality information, reveals that Lahore's AQI soared to 182, which is very unhealthy.

In efforts to curb smog, the Punjab Chief Minister directed action on the burning of the crop remains and also instructed ordered the department of environmental protection, transport, industries, and government executives to control the deteriorating situation.