1st Test match between Pakistan and Bangladesh begins in Rawalpindi 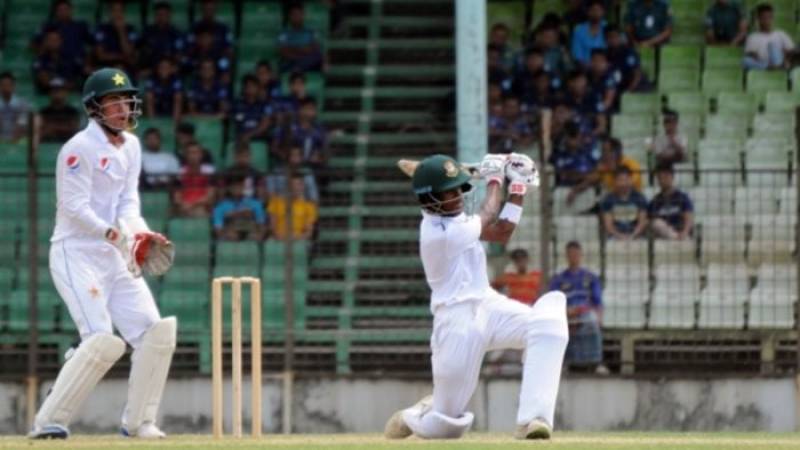 RAWALPINDI - Pakistan wins the toss and decides to field first against Bangladesh as the 1st Test match of two-match series begins at Rawalpindi Cricket Stadium from today.

According to media reports, the match will start at 1000 hours Pakistan Standard Time.

On Thursday, the Punjab Safe City Authority (PSCA) teams had been dispatched for security of the test match series in Rawalpindi.

According to the PSCA spokesman, cameras with artificial Intelligence capability will be deployed and everyone will be screened through them in consultation with the Rawalpindi Police and the Army.

Earlier, Pakistan captain Azhar Ali said that Pakistan would not take Bangladesh lightly and would try their best to defeat them in the first Test of the two-match split series of the ICC Test Championship.

"We'll not take them as an easy opposition. Although their senior players are not with them, they still have such players who can exhibit match winning performances," he told media at a press conference here at Pindi Cricket Stadium on Thursday.

He said Pakistan would not give Bangladesh a chance which they could take benefit of to cause trouble. "Credit goes to both the cricket boards that this series is taking place.

Every match of this split series is very important. We'll try to focus on tomorrow's Test and then will look at the next one when it will come," he added.