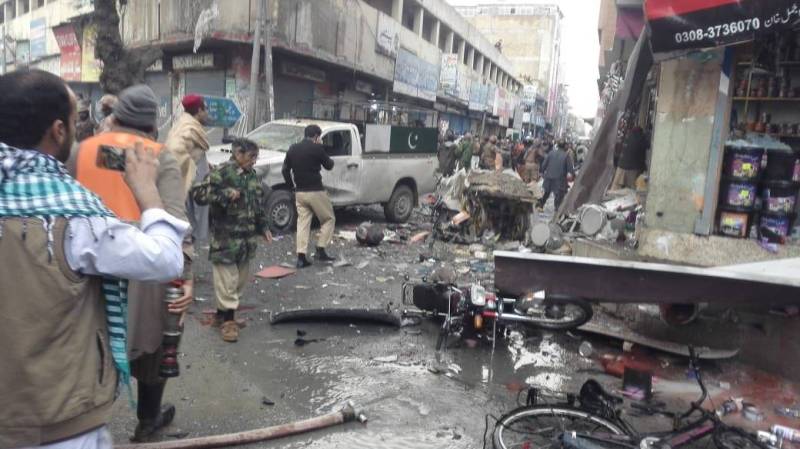 QUETTA – At least two people were killed and 14 others injured in a blast in a busy area of Quetta on Tuesday.

The intensity of the blast was enough that it damaged nearby shops. A video captured after the blast shows broken glasses of the buildings.

The area has been cordoned off and investigation teams are on the ground.

An emergency was declared at the hospital.

Balochistan Chief Minister Jam Kamal condemned the incident, saying that miscreants were trying to ruin the peace established in the city and the province.