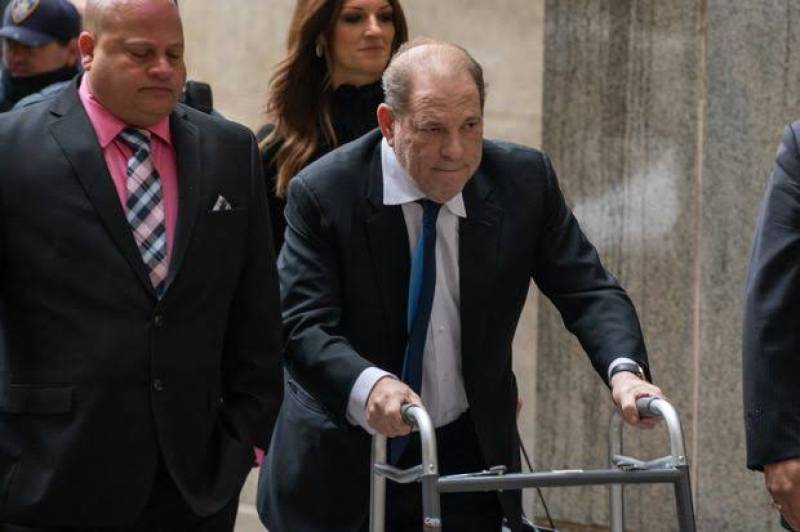 Prosecutors in Los Angeles charged Harvey Weinstein on Monday with raping one woman and sexually assaulting another in separate incidents over a two-day period in 2013.

On the same day Weinstein has been charged with new charges of rape and sexual assault in Los Angeles, reported BBC news.

Now, even if Mr. Weinstein prevails in Manhattan, he will face a second trial in Los Angeles.

“We believe the evidence will show that the defendant used his power and influence to gain access to his victims and then commit violent crimes against them,'' Los Angeles County District Attorney Jackie Lacey said in a press release.

“I want to commend the victims who have come forward and bravely recounted what happened to them. It is my hope that all victims of sexual violence find strength and healing as they move forward.''

On Feb 18, 2013 Weinstein allegedly raped a woman in a hotel room after he pushed his way inside her room, prosecutors said. The next night, he allegedly sexually assaulted a woman in a Beverly Hills hotel suite.

The charges against Mr Weinstein range from forcible rape and forcible oral copulation to sexual penetration by use of force and sexual battery by restraint.

Weinstein’s trial marks a major moment for Me Too — the fact that a wealthy, influential white man would actually be indicted for alleged sex crimes seemed to suggest that victims might finally be heard.