This Pakistani woman dresses up as a bride every Friday, but why? (VIDEO) 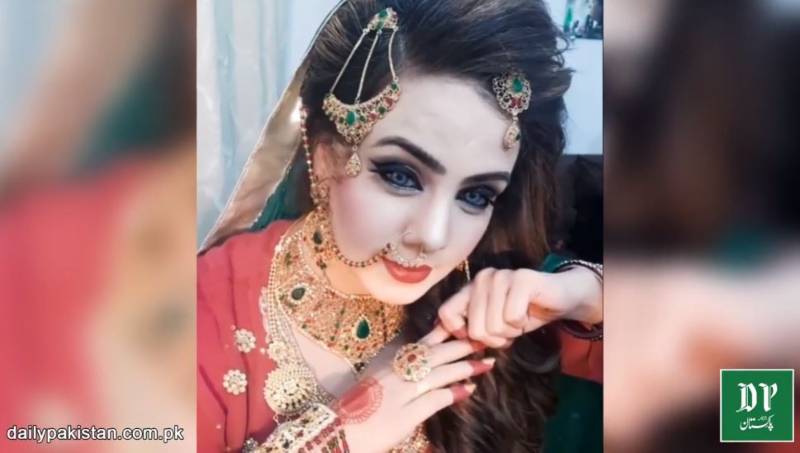 LAHORE – A woman from Punjab capital has been dressing up as a bride for the past 16 years, in order to fight depression and loneliness.

Every Friday, Hira Zeeshan wears a fancy dress, bridal make-up and jewelry to cheer herself up since she sacrificed the joy of being the ‘Bride’ for her dying mother.

In an interview on Thursday, the 42-year-old told Daily Pakistan it was the last wish of her mother that she could see her daughter getting married before leaving this world. “Zeeshan (my husband) had come there to donate blood to my mother, and it just happened that I got married to him at the hospital on my mother’s wish,” Hira said.

Her mother was a patient of blood cancer and was on ventilator at Lahore’s Ganga Ram Hospital, that also served as their wedding reception since paramedics bid her farewell. From there, the new bride had travelled straight to her in-laws on a rickshaw.

Hira mothered six children, but unfortunately two of them died during birth. Struck by the tragic death of her mother and children, the woman fell into depression.

“It is very difficult to stay alone, especially for a woman,” said Hira, whose husband lives abroad.

Becoming the bride makes Hira happy, so she does that every week – without a single break in the past 16 years.

"This is all for my husband, and every woman should love and dress up for her man,” she advised in the end.