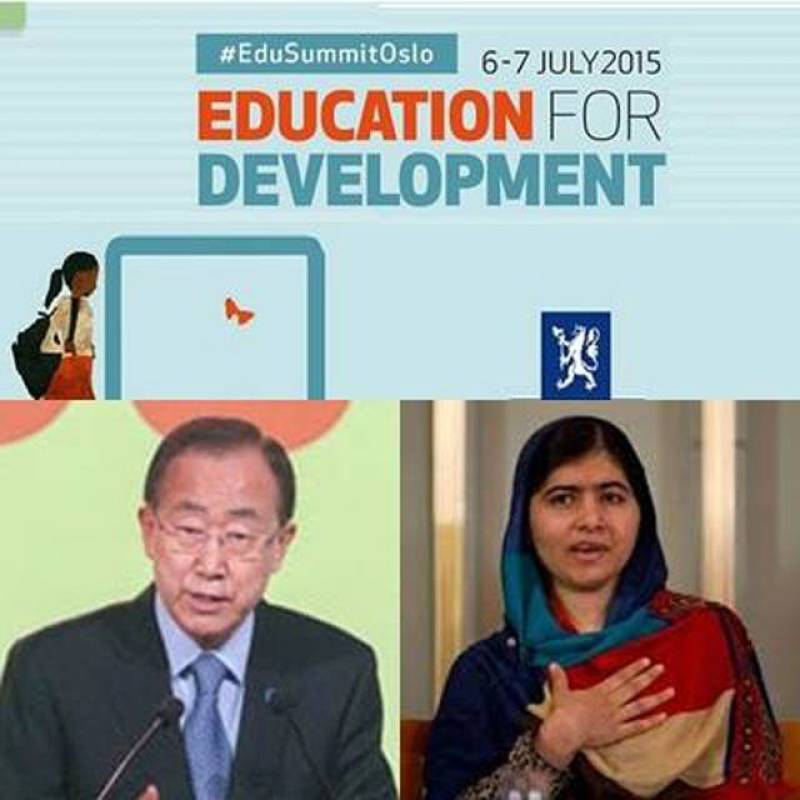 He was addressing the Summit on Education for Development in Oslo, Norway today (Tuesday).

He said the fight for education also demands fight against child labor and trafficking.

He said the countries will have to deliver on their promises for sustainable development.

Ban Ki Moon especially appreciated the courage and resilience of Malala Yousafzai for the cause of education.

Prime Minister Nawaz Sharif is leading Pakistani delegation in the Summit. He is expected to shed light on Pakistan's initiatives and steps for promotion of education.

The Summit will also be addressed by Malala Yousafzai.

The moot is being attended by delegations from thirty eight countries.

Addressing the Summit, Malala Yousafzai urged the world leaders to make firm commitment for the promotion of education.

She said education is a fundamental right of each child that can not be denied.

He said the international community should set high goals in the education sector and ensure equal rights for the children.