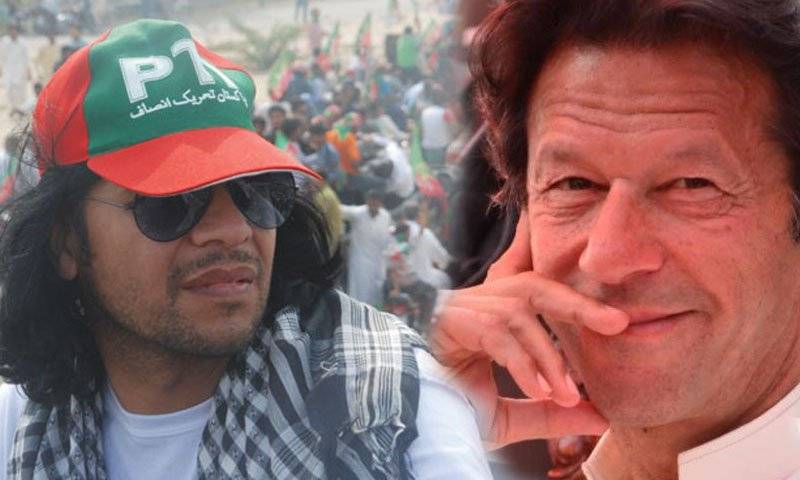 LAHORE (Staff Report) - Soon after the media reports PTI’s official sound engineer, Asif Butt aka DJ Butt, has claimed that the party has yet to pay him Rs 80 million for sit-ins in Islamabad and other rallies across the country. However, DJ Butt's recent outbursts unveils a murkier tale of corruption within the PTI.

In an interview to Dunya newspaper weeks after PTI’s Azadi March (2014) had reached the capital and the party workers were holding a sit-in at D-Chowk, DJ Butt had rejected the rumors that he was receiving huge amounts from PTI.

“Being a party worker, I am not charging Pakistan Tehreek-e-Insaf for my services and equipment,” he had told the newspaper adding that he was being paid on time.

“I am huge supporter of Imran Khan and haven’t charged this PTI since the police clashed with party workers. The leadership, however, pays my workers,” he had said. Why is he suddenly claiming astounding amounts for his services now? And why he was ashamed to publicly declare his contract terms back then? Why is there such a lack of transparency within PTI?

According to numbers cited by DJ Butt, he may be the highest paid DJ in Pakistani history. He was being paid Rs 0.65 million per day, which is an unheard-of figure in political disk jockeying circles of this kind. According to sources within PTI, DJ Butt is the most highly paid DJ in the country not because of his exceptional skills, but allegedly due to favour granted by PTI purchasing committee in return for kickbacks.

It is surprising that nobody in the PTI even questioned the fact that they were paying their DJ 0.65 million rupees per day. The financial wizards at PTI, who claim that they can turn country's economy in 90 days, failed to calculate that for Rs 3-4 million, the equipment rented from DJ Butt at ridiculous prices could be purchased and used for an infinite number of days avoiding paying the ridiculous amount of Rs 0.65 million per day. Had such a sound financial strategy been followed, PTI could have saved Rs.74 million.

However, DJ Butt, who used to have a small shop in Model Town Lahore before becoming PTI's official DJ, became a celebrity with the help of PTI Purchasing committee who hired him for a contract every DJ in Pakistan would envy. The question that needs to be asked is who was handling DJ Butt from within PTI and always giving the contract to him at ridiculous prices instead hiring a much cheaper DJ and buying equipment from the market? All clues so far indicate to a culture of misuse of party funds within top levels of PTI.

As of now, the issue seems to be meeting its logical end as DJ Butt is on his way to Islamabad to meet PTI Chairman Imran Khan today (Tuesday). Sources close to PTI have revealed that the central leadership of PTI contacted DJ Butt last night and expressed grave reservations for raising issue of payment in media.

In order to solve this fuss, Imran Khan has arranged a meeting with him in the central office of PTI in Islamabad. Yesterday, PTI leader Naeemul Haq had also assured Butt of removing all his grievances, while calling him ‘the hero of sit-ins’.