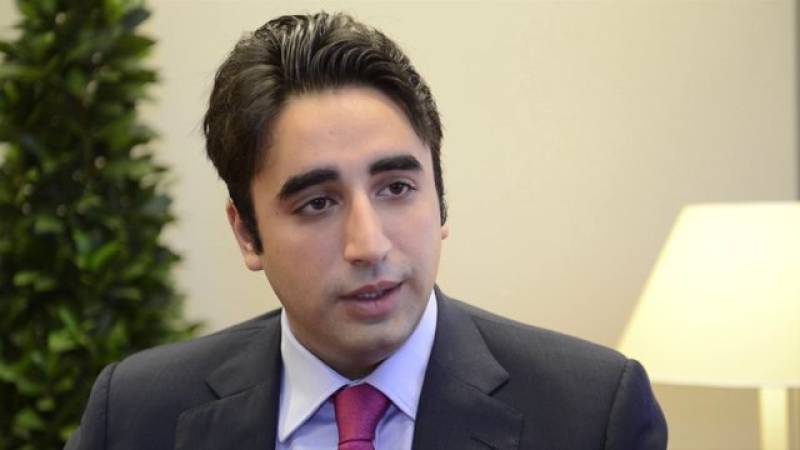 KARACHI - Chairman of Pakistan People Party Bilawal Bhutto Zardari has for the first time spilled the beans regarding his marriage plans.

Talking to newsmen in Ghotki, the 28-year-old chairman expressed that he has been getting scores of proposals. He went on to say that it would be very difficult for anyone who wants to get hitched with him.

In a  shying tone, he clarified that both his sisters Asifa and Bakhtawar would first make her wanna be wife, understand that it was a tough task to get along with Bilawal.

Meanwhile, renowned astrologer Samiah Khan while talking to geo News endorsed Bilawal's claims of getting scores of proposals but she warned that the marriage house of young chairman was very complicated.

The astrologer went on to claim that Bilawal would be tying a knot  more than once like PTI supremo Imran Khan.

Bilawal, who was visiting Ghotki also took aim at  the government citing the rise in terrorism across the country adding that it was a joint responsibility of provincial and federal government to maintain law and order situation.

The PPP Chairman also opined about party's slated plans regarding protest against the government. He expressed that he would hunt the lion provided his demands were not fulfilled.

He detailed that the party would not agitate in Imran Khan's style rather Zulfiqar Ali Bhutto and Benazir Bhutto's approach of protest would be opted.

He said that he wanted to learn different languages of the country including Sindhi, Seraiki and Urdu.