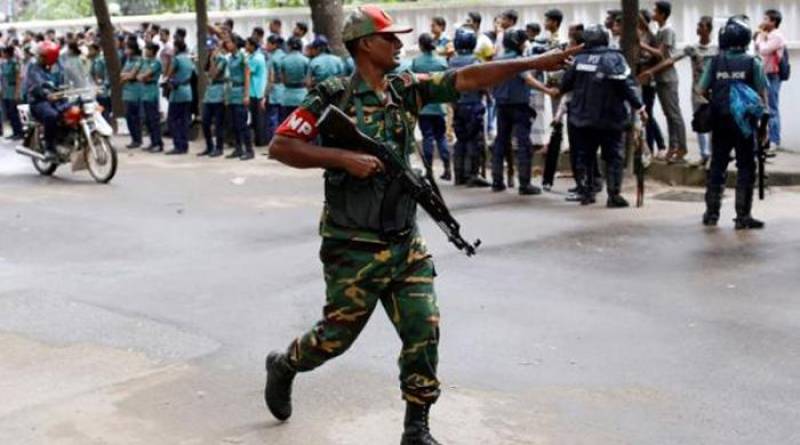 DHAKA - At least one policeman was killed and several others wounded on Thursday after a small bomb exploded near a mass Eid prayer congregation in Bangladesh, according to police.

At least 12 people have been injured in the blasts at Azimuddin High School gate, a kilometer away from the congregation ground, at around 9 am on Thursday.

An attacker was reportedly killed after police exchanged heavy gunfire with the miscreants, bdnews24.com reported.

The blasts spread panic among thousands who were beginning to gather near the ground, but the prayers were not disrupted, said Kishoreganj Assistant Superintendent of Police (ASP) Obaidul Hasan.

“That was probably a crude bomb. The facts are still unclear,” said ASP Obaidul.

The blasts follow the deadliest terror attack in Bangladesh, in which 20 hostages, mostly foreigners, were killed at an upscale restaurant in the heart of the capital’s diplomatic estate.