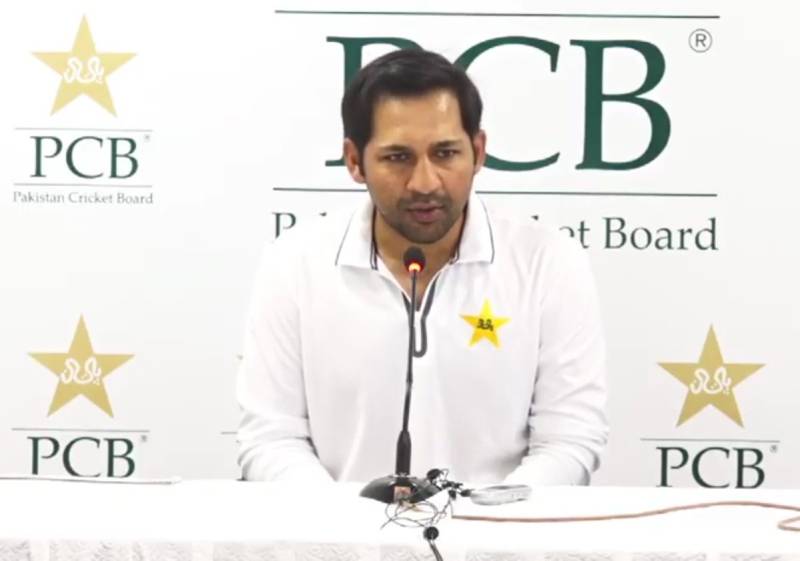 KARACHI - Pakistan skipper Sarfaraz Ahmed said he was satisfied with the overall performance of the team during the ICC Cricket World Cup 2019, clarifying that he had no rift either with Head Coach Mickey Arthur or Chief Selector Inzamamul Haq.

Addressing a press conference in Karachi early Sunday, the skipper said the team did not play well in the first few matches but made a good comeback in the second half of the tournament.

“As a captain and as a player I am satisfied with my performance,” he said and added that when we [team] play badly, the criticism is justified but it must be based on good reasoning.

Sarfaraz also dismissed the reports about grouping within the side as baseless and said Pakistan Cricket Board (PCB) would decide about the future of his captaincy.

When asked about whether he would tender apology to the nation for team’s performance during the World Cup, Sarfaraz said: I think there is no reason to apologise. We did not perform as badly as people think we did.

The skipper said after the below-par performance in the first five matches, the team did well to finish in top five.

"We are feeling as sorry as the nation [after exit from World Cup]. No one goes there to lose," he observed.

To a query about his consultation in the team selection, he said consensus is reached in the process.

Pakistan team landed back in the country after defeating Bangladesh by 94 runs. The net run rate of Green Shirts was less than that of New Zealand which made its way to the semi finals.