LAHORE – Police in the provincial capital detained former DSP Imran Babar Jamil, who is accused of sexually assaulting a teenager, and took off his uniform besides dragging him half-naked in a patrolling van.

Reports in local media cited that the law enforcers detained a former cop and remanded him in custody. A case was lodged with Civil Line Police Station under the provisions of using law enforcement uniforms, interfering in government affairs, scuffle with police officers, and road blockage.

The FIR was registered on the complaint of Sub-Inspector Muhammad Afzal under Section 170, 171, 290, 291 along with other relevant sections. It stated that former DSP Imran Babar Jamil rushed to the spot during a protest organised by journalists on Mall Road on Monday where he also attempted to assault police officials besides threatening them. 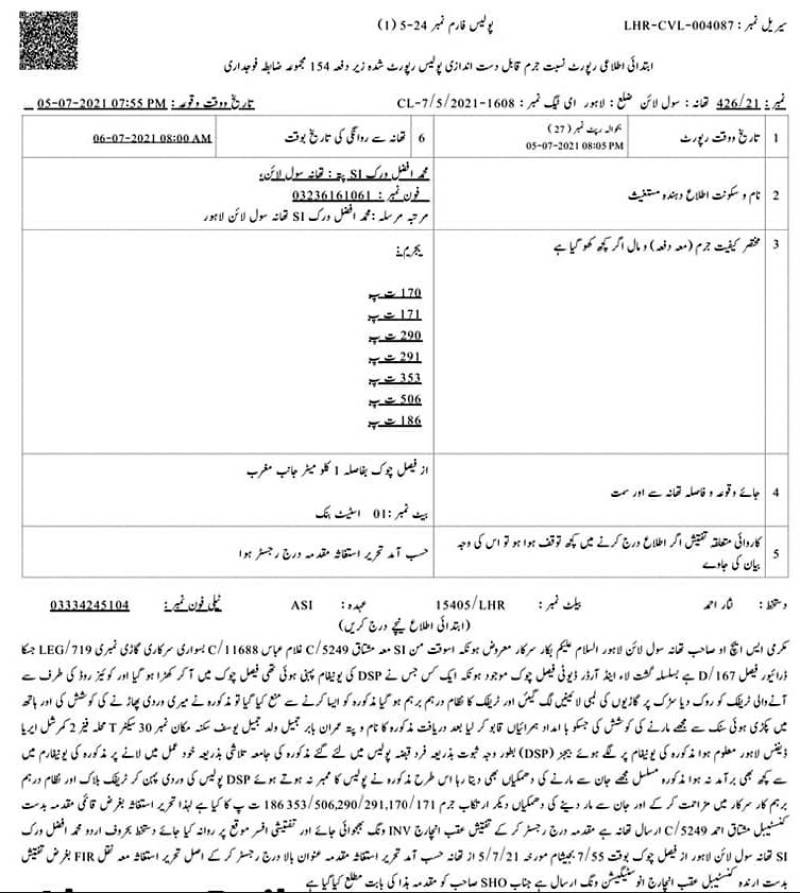 When the police attempted to remove him from the main highway of the metropolis, Jameel physically assaulted them and tried to the tore the uniform of law enforcement personnel. The FIR further alleges that the accused also donned a police uniform despite being removed from the force after serious allegations.

Earlier in 2016, Deputy Superintendent of Police (DSP) Imran Babar Jamil was detained after being sacked for allegedly sexually assaulting a 15-year-old girl in the Kahna area of Lahore.

GUJRANWALA – A case has been registered against a police official for allegedly raping a girl at his home in ...

Babar while speaking on the allegations told media that the victim leveled false allegations against him as he got a phone call from a girl who requested him to help her and her sisters. He also pleaded innocence in the case and termed the incident a conspiracy against him.